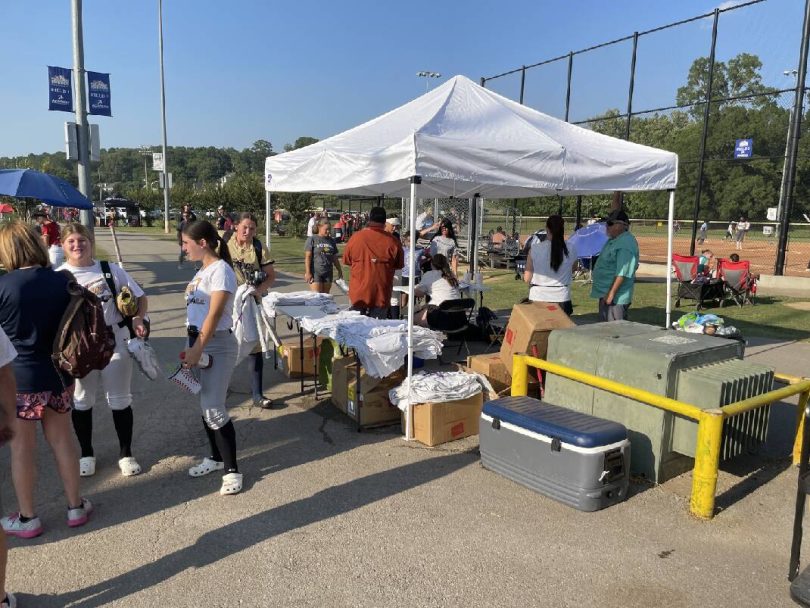 Hundreds of fast-pitch girls softball teams are swinging their bats on area ballfields this week as part of the Scenic City Summer Showcase that is proving to be a home run for Chattanooga’s $1.5 billion-a-year tourism industry.

The four-day tournament has attracted more than 13,500 players and spectators from 484 teams in 27 states in one of the biggest sporting tourism attractions of the year in Chattanooga. The fast-pitch softball games will be followed on Sunday with the Chattanooga Waterfront Triathlon with more than 1,000 participants and 1,600 spectators on the city’s waterfront.

“This weekend is going to be a sports tourism bonanza,” Tim Morgan, chief sports officer of Chattanooga Sports, a division of the Chattanooga Tourism Co., said in a statement. “Between the Scenic City Showcase and the Chattanooga Waterfront Triathlon, Chattanooga will demonstrate how we can utilize a variety of community assets to drive large economic returns for our tourism and hospitality industry.”

Morgan estimates the sporting events will generate more than $7.5 million of additional spending where the games are being played, in Chattanooga, East Ridge and Northwest Georgia. Many local hotels are at or near full occupancy this week with some nightly rates over $300 for players and their parents.

“Staying downtown this week is costing me as much as a cruise,” Rodney Arnett, a father of centerfielder Leah Arnett from Cincinnati, said while unloading his car to prepare for a softball game Wednesday night. “There was nothing we could find under $300 (a night). It’s almost like staying in New York City.”

Chattanooga is the fourth stop among at least eight such showcase tournaments that Arnett is participating in around the Midwest and Southeast to help gain the attention of college coaches and recruiters.

“These showcase tournaments give us a chance to possibly get noticed by college scouts and maybe get a chance at a college scholarship,” Nicole Ogburn, the mother of a rising sophomore player who brought her family to Chattanooga this week from just outside of Charlotte, North Carolina, said while preparing for a game at Camp Jordan. “We’ll be in Atlanta in two weeks at another one of these events.”

Connect Sports, the Chattanooga-based sponsor of the Scenic City Showcase tournament, is conducting eight such Showcase sporting events for girls softball this summer around the South. Jill Crawford Higdon and Jeremy Higdon, who have coached girls softball, have been creating and running fastpitch softball events since 2005.

“When we began one of these tournaments here, there were about 40 teams, and it has grown every year,” Jill Higdon said in a telephone interview.

Higdon said this year’s Scenic City Showcase is using about 70 ballfields around the region. The 14 & under and 18 & under teams from 27 different states and British Columbia, Canada, will play select fastpitch softball in front of over 400 college softball coaches and administrators looking to fill their future recruiting classes.

In addition to the tournament, current college players from Clemson University, University of Oklahoma, Georgia Institute of Technology, Western Kentucky University, Chattanooga State Community College and more will play exhibition games at 7:30 p.m. Thursday, Friday, and Saturday at Frost Stadium. These games will have free entry to watch some of the top players in the nation compete against each other.

The 2022 Waterfront Triathlon, presented by Chattanooga Track Club, is back for its 39th year. The event will feature two races for all athletic levels, from beginners to the most experienced, and will serve as a qualifier for the 2022-23 Toyota USAT Age Group National Championships for high school athletes.

“With Chattanooga being one of the nation’s top outdoor tourism destinations and home to high-quality venues and green spaces, our city is the perfect host,” Morgan’s statement said.