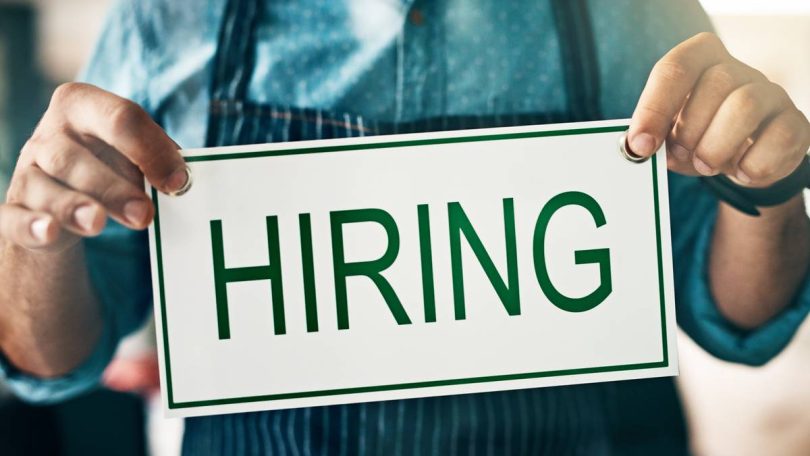 New Zealand is in the midst of an unprecedented workforce crisis. Photo / Getty Images

A new report reveals thousands of Maori and Pacific workers are needed to fill a critical skills shortage in the manufacturing and engineering sectors.

The research commissioned by Hanga-Aro-Rau, the Manufacturing, Engineering and Logistics Workforce Development Council, found widespread disruption caused by Covid-19, immigration policy settings as well as constraints on supply chains and the international labour market will see Aotearoa’s industry skills gap continue to widen by 38 per cent to reach 40,000 workers by 2028.

The report’s authors found that while rates of employment among other ethnic groups now exceed pre-Covid levels, the pandemic has exacerbated inequities for Māori and Pacific peoples and their participation within the national manufacturing and engineering workforce is up to 25 per cent lower than prior to Covid-19.

The regional impact of the pandemic is even greater with an industry-wide employment decline recorded for up to 32 per cent of Māori and 18 per cent of Pacific peoples – in the Waikato manufacturing sector.

Researchers found that Māori and Pacific workers are at least 10 per cent less likely than other ethnicities to complete training or find work following the completion of their training. Māori are also 5 per cent more likely to receive a Jobseeker benefit five years after graduating than other ethnic groups.

Phil Alexander-Crawford, chief executive of Hanga-Aro-Rau, one of six Government Workforce Development Councils (WDCs) tasked with aligning the vocational educational systems with industry needs and providing support for Māori businesses and iwi development, says more needs to be done to better support Māori and Pacific people into a higher level of vocational training.

He says Māori and Pacific people favour tuakana-teina (intergenerational learning) and the disruption caused by Covid-19 will have a legacy impact on the pipeline of new workers for years to come.

“We know that Māori and Pacific workers will pass knowledge down through to the younger generations within the workplace.

“They are also an essential referrer to the industry, and it is common to see extended whānau working within the same firm for decades.

“When this link is broken and an individual leaves the industry, the impact on the sector can be far more widespread reducing the pool of potential workers from future generations.”

The study showed that Māori and Pacific peoples will not reach skills parity with other ethnic groups by 2028 if there is no immediate intervention, including new targeted culturally relevant training programmes.

Plus with migration not yet returning to pre-Covid levels, the domestic workforce will be insufficient to address the widening skills gap and that increasing the participation rate of groups who are also significantly underrepresented at all levels of the manufacturing and engineering sectors including women and disabled workers, will be essential for reducing the skills shortfall.

Alexander-Crawford says the pandemic has demonstrated industry needs to reduce its long-term reliance on migrant labour to remain sustainable.

“Historically around a quarter of skilled labour needs in manufacturing and engineering are met by migrants.

“By 2028 we will need 463,000 workers in key regions around the country, however, based on current trends, a skills shortfall of over 40,000 is set to constrain future manufacturing output.

“We need to begin work immediately to reduce barriers preventing the development of an equitable domestic workforce.

“The research has found this is a complex issue to address and will require a coordinated approach from industry stakeholders, the vocational education system and government support agencies.”

Dieter Adam, NZ Manufacturers and Exporters Association CEO, says the shortage of workers at all skill levels is impacting export relationships built up over decades.

“It is not uncommon for manufacturers to be facing a 15 per cent shortfall in their current workforce. Up until around 12 months ago this was mainly at the higher skill levels, however, this has now grown to include semi-skilled labour as well.

“A large part of New Zealand’s manufacturing and engineering sector does not operate in the high volume, low value production of consumer goods. They’re typically SMEs who are dominant in a small niche of the capital goods business and have longstanding relationships with relatively few customers.

“When you’ve had good relations with customers for 20 years and you have to tell them you can’t fill any orders until the end of next year and you are losing customers as a result, this is a serious blow to a business of this size.

Adam says the report will provide valuable data and context for those involved in long term resource planning and investments within the industry.

“As a result of the research, we now have greater insights into the numbers, including key demographics that are disproportionately underrepresented within the sector.

“We are already seeing increasing interest in the upskilling of existing staff, but we will also see increased emphasis on breaking down the training barriers that prevent those from diverse cultural backgrounds from putting their hand up for training.

Alexander-Crawford says there are three key pathways open to the manufacturing industry including attracting more workers through training or from other industries, upskilling the current workforce and increasing productivity.

“We know that the manufacturing and engineering sectors are competing with other industries, both domestic and international, for skilled labour.

“With Māori and Pacific peoples expected to see the highest population growth of any ethnicity over the next six years within the regions where Aotearoa’s largest manufacturing facilities are concentrated, they represent a critical segment of the future workforce for these sectors.”

Alexander-Crawford says the report will be presented to a summit later this month where employers, industry stakeholders, Government, and vocational education participants will collaborate on implementing solutions to the skills shortages and workforce development challenges faced by the sectors.