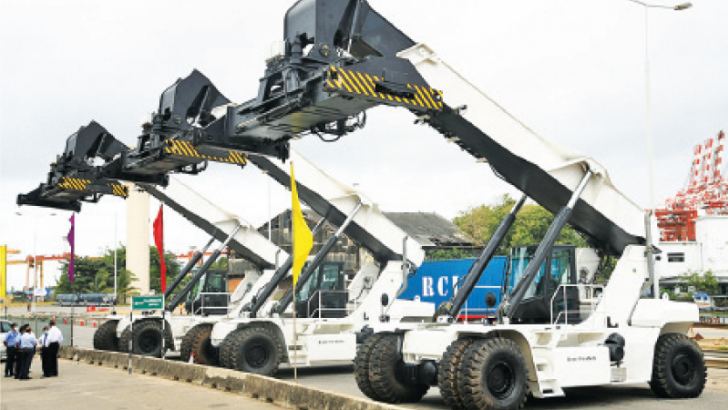 The cranes had been first purchased by the SL Army and SLPA‘s purchasing of the three unused cranes through SL Army was made for a cost of approximately 165 million rupees via the approval of the Treasury that would otherwise cost approximately more than 600 million rupees according to the present market value, the Chairman of SLPA noted.

SLPA Chairman also noted that successful utilization of these new machinery equipment purchased at a comparatively low rate of cost is expected to efficiently boost operational activities of the SLPA at a time where there exists difficulties to purchase such machines and equipment at high prices.