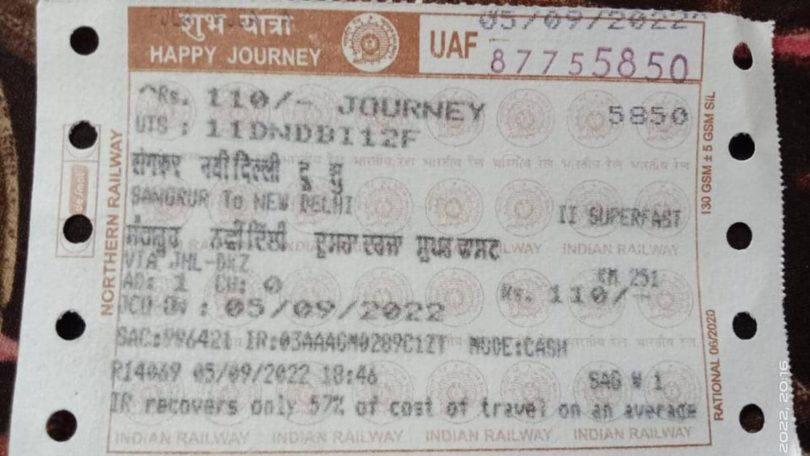 Almost a week after a ‘ticketing scam’ was unearthed at a couple of stations in Punjab, the Ambala railway division has suspended three staffers over irregularities.

A preliminary inquiry pointed towards the usage of carbon to print blank tickets at some unreserved ticketing system (UTS) counters, causing revenue loss to the Railways, officials said on Tuesday.

Senior divisional commercial manager Hari Mohan said two booking supervisors posted at Sangrur station and one at Dhuri were suspended by the division for indulging in malpractice.

“We had on September 13 received information about a technical manipulation. A team of supervisors was rushed to the spot the next day for an investigation and a report was submitted by them. We prepared the charges and their statements were recorded. Later, three of them were suspended during the weekend,” Mohan said.

The accused used to print blank tickets of lower value and used carbon for the purpose after giving a valid command for a ticket of higher value, as demanded by the passenger.

Divisional railway manager Gurinder Mohan Singh said it was found in the trains that a few passenger tickets were not original, but a ‘carbon copy’ (duplicate).

Sources said the ‘ticketing scam’ was first noticed earlier this month by ticket checkers, who alerted the senior officials.

Now, the checkers have been instructed to review the tickets with due diligence.

Hari Mohan said a primary fact-finding inquiry has been done, but due to the technicalities involved, further probe will be undertaken by the headquarters.

“The investigation required coordination between several departments at the headquarter-level, so the case was handed over to the vigilance, Northern Railways, for a detailed probe,” he added.

DRM Singh further said that a high-level investigation will help trace how long the cycle was going on, as unlike headquarters, the division does not have data older than 45 days.

On being asked about the amount involved, Singh said it will be clear after the detailed inquiry.