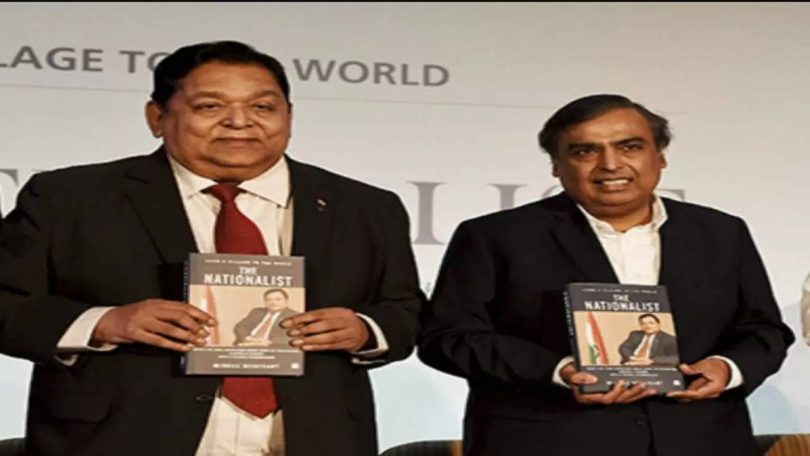 [Throwback] This industrialist battled Ambani, Birla for L&T; never took a day off in his first 21 years at the company

New Delhi: Whether big or small, corporate world is full of rivalries. From the Ratan Tata and Cyrus Mistry’s legal battle to Nusli Wadia’s fights with Ambani and Tata, there are dozens of tales of failures and triumphs in the business world. One such story is of an Indian businessman who took on bigwigs like Dhirubhai Ambani and Kumar Mangalam Birla.

The story goes over three decades back to 1987 when Reliance Industries’ Dhirubhai Ambani had managed to wrest significant holding in Larsen & Toubro (L&T) and then launched a hostile takeover bid in 1989. This was after Dubai-based businessman Manu Chhabria bought a 1 per cent stake in the company in 1987.

Chhabria’s stake purchase worried the former chairman of L&T NM Desai, who got afraid of the former’s hostile takeover. He sought Ambani’s help who bought an 18.5 per cent stake for approx Rs 190 crore over the next 2 years. His sons Mukesh and Anil were given board seats in the company.

However, it turned out that Ambani was interested in the cash-rich L&T and took advantage of his position in the company. He took a grant of Rs 570 crores from the firm, asking it to buy shares in Reliance. But the tables turned when there was a government intervention in 1989, making sure the Ambanis were out of the company.

They were forced to resign from the board, which made the family passive investors in L&T for over a decade. Cut to 2001, Ambanis sold their entire stake in L&T to KM Birla, who was eyeing the cement division L&T had.

In November 2001, Naik, then CEO and Managing Director, who was in Chicago, got a call from Mohan Karnani, then president of L&T cement business saying ‘apna maalik badal gaya hai’ (our owner has changed) and that the Birlas had bought complete stake of Reliance Industries in L&T in an all-cash deal.

Amid the hostile takeover bid, L&T was in a desperate need of a strong leader and they found it in AM Naik, the CEO & MD of the company. He managed to save the company by asking its employees to become the owners. This is how L&T’s employee trust was formed.

Two years later in 2003, Birla agreed on exiting its stake in L&T and it was sold to the employee trust. He was given L&T’s cement division – Ultratech Cement now.

In an event five years ago, Naik said that the conflict with the Birlas ended in a win-win situation for both companies. “Grasim became the largest producer of top-quality cement, and L&T emerged as one of the best engineering, manufacturing and projects company in this part of the world,” he had said.

Speaking at the launch of his biography titled ‘The Nationalist’, authored by columnist Minhaz Merchant, Anil M Naik also reminisced about the historic three-phased demerger of L&T, which led to its emergence as a top player in engineering, manufacturing and projects segments.

Naik had joined L&T as a junior engineer in the mid- 1960s and went on to become its Chairman.

He recalled that he received Anil Ambani’s call after the stake sale to Birla who said to him that ‘Anilbhai (Naik) you never wanted us. So we are going. We have sold the entire shareholding of Reliance in L&T to Kumar Mangalam Birla’.

Naik recalled that he got another call, this time from Birla, who said “you didn’t come to us Naikji. So we have come to you.” “In the end we kept L&T independent. We ringfenced it from future takeover attempts by setting up the L&T employees welfare foundation that eventually bought Birlas stake. And the Birlas got our demerged cement business that added to their cement production capacity,” Naik remembered.

Describing L&T as a temple, the Padma Bhushan awardee in the book has said, “I am devoted, committed and married to L&T. Do you know that in my first 21 years in the company, I didn’t take a single day off? My parents were considerate, too. My father passed away on a Sunday, a holiday, and two years later, my mother died on August 15. Even they didn’t want their son to take leave!”