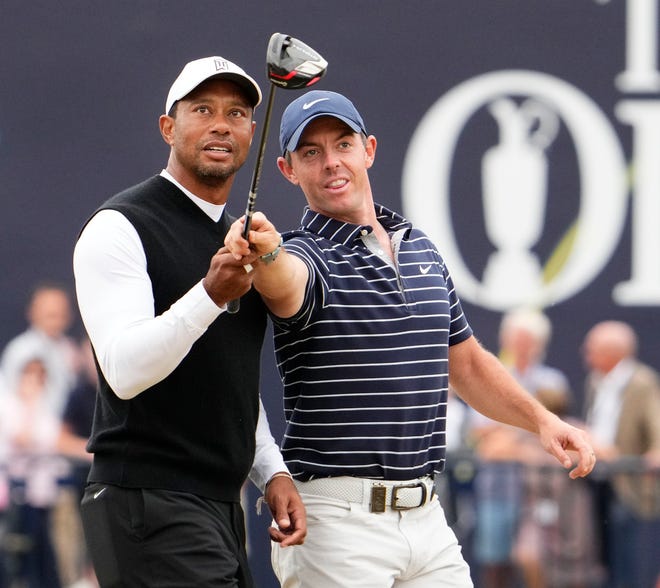 Tiger Woods and Rory McIlroy are spearheading a new venture that will have the world’s top golfers competing against each other in a non-green grass, stadium environment, Golfweek has learned. Multiple persons will knowledge of the project say a series of events will be held in partnership with the PGA Tour and that more specifics could be announced by Commissioner Jay Monahan this week at the Tour Championship.

The one-day events are designed to complement the PGA Tour schedule and will launch in 2024, according to multiple sources familiar with the concept. Early thinking suggests the showdowns – which will be technology-forward and staged with a live audience – could run January through March, with a finale held later. Discussions about broadcast and gaming partners are underway. A source at NBC Sports says the network has an option to be the media partner in the venture.

Details about the plan were shared with Tour members who attended the players-only meeting held on August 16 during the BMW Championship, for which Woods made a special trip from his home in Florida. It was presented as a long-term opportunity for players to build equity in the enterprise, which will have private funding in addition to corporate partnerships and sponsors. The proposal was received positively among players in the room, according to a source familiar with the conversation.

OPINION:Tiger tries to save pro golf as its ‘leaders’ are lost, helpless vs. LIV Golf

Woods and McIlroy began working on the project more than two years ago, a collaboration that friends say has brought them closer. That ultimately spurred the two superstars to come together to rally fellow players behind the PGA Tour in the face of the threat posed by LIV Golf. They have been among the most outspoken critics of the Saudi-funded league.

Woods and McIlroy arranged an informal meeting of players to discuss countering LIV Golf during last month’s J.P. McManus Pro-Am at Adare Manor in Ireland. At the follow-up meeting held in Wilmington last week, more concrete plans on how to improve and innovate the Tour’s product were presented to a larger group of players. Twenty-two of the game’s biggest stars were in the room. Some of those proposals – including schedule changes that would ensure top players compete against each other more often – are now on the desk of Monahan. The new digital project led by Woods and McIlroy has already won the commissioner’s buy-in, multiple sources told Golfweek.

While specifics on the project have remained a closely-guarded secret, more information is expected to be made public in the coming days at the Tour Championship, including details on the format, potential participants, the experiential elements and the planned location of the events.

A PGA Tour spokesperson declined to comment on any matters Monahan might address in his press conference, scheduled for Tuesday at East Lake Golf Club.