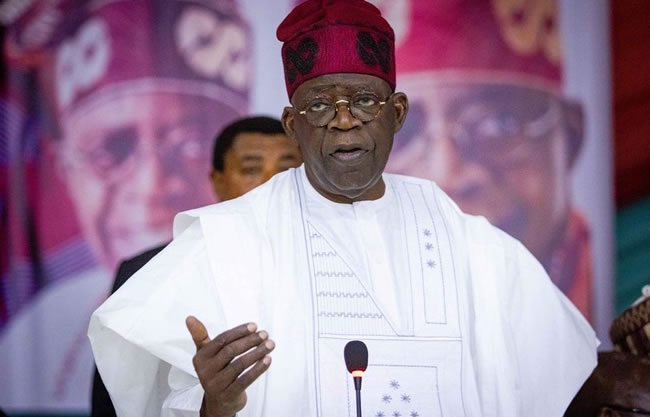 The players in the downstream sector of the oil and gas industry are hopeful thatThe Presidential candidate of the All Progressives Congress(APC), Senator Bola Ahmed Tinubu would instil sanity into the sector if elected into power in the 2023 general elections.

This was said by the immediate past national chairman of the Petroleum Tanker Drivers(PTD) Branch of NUPENG, Otunba Salimon Akanni Oladiti.

Oladiti who visited the APC presidential campaign Secretariat in Abuja in his personal capacity as Chairman SA Oladiti and Sons Nigeria Limited was accompanied by members of the Union from the Lagos zone.

He was received by the federal lawmaker representing Ikeja Federal Constituency and the secretary of the APC Presidential Campaign Council, Honourable James Faleke.

Oladiti who noted that Senator Tinubu having worked in the oil industry before he joined active politics is not a stranger to the operations of both the upstream and downstream sectors of the oil industry would ensure that the industry works seamlessly to the benefit of all.

“When we see progressives in government, we like to align ourselves with them. We look forward to when our leaders across the zones will sit down with Asiwaju and felicitate with him.”

“We will like you to organise how we can sit down with all our executive members across the country, across the four zones because we have four zones as big as the northern part.

Honourable Faleke in his remarks described the visit of the NUPENG National Trustee as a morale booster to the APC Presidential campaign council.

He, however, tasked Oladiti to ensure that members of his union pick their Permanent Voters Cards(PVCs) ahead of the next general elections.

“Let me on behalf of our principal, Bola Ahmed Tinubu and his running mate, Shettima welcome you to our campaign office.

“You have worked very well with Asiwaju Tinubu when he was Governor of Lagos State. Your coming here was just to put more emphasis on your relationship. I will deliver your message, we will expect to meet a larger team where he himself can talk to you, frankly. We appreciate this, your gifts will also be shown to him.

“The election that is coming is that of one man, one vote and it will be an election that we believe will protect this country further with Bola Ahmed Tinubu’s victory. You know that he is a goal-getter, he is a man who is determined to, of course, continue to be committed to the progressiveness of this country and the unity of Nigeria is key.

So, we appeal that in your various parts, you at least ensure that all your members have Permanent Voters Cards, and all your drivers have PVC, because, without PVCs, there is nothing we can do.

“Apart from the fact that all of you are from the Southwest, the fact remains that the leadership of APC agreed that the Presidency should go to the South. We recall that President Muhammadu Buhari is in government today because of the relationship between the southwest and the North.

“So, having given us the opportunity to present a candidate and for us, I keep on saying that the victory of Bola Ahmed Tinubu at the primary was not because he knew anybody.

If you look at all the issues that happened during primaries some two, or three years before primaries, you will know that only God can perform wonders. Even those with heavy financial war chests, those with high connections, were defeated. But all of them that contested with him, they have all come together.

So, your coming is another morale booster because we know that you have a lot of support base. We appreciate you and we pray that God in His Mercies will guide and protect us throughout and we will all be alive to celebrate his victory .”