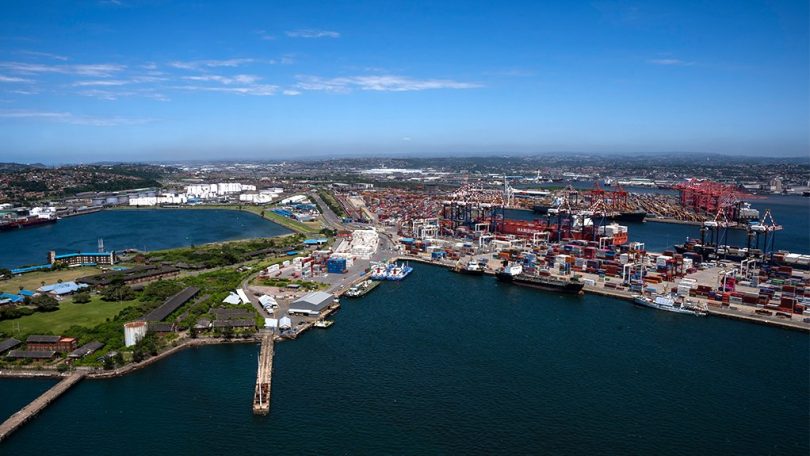 The Transnet National Ports Authority (TNPA) board has approved plans that open the way for various expansions at the Durban and Richards Bay ports, including a new berth for handling liquified natural gas (LNG) at the Port of Richards Bay.

TNPA, which has been established as an independent subsidiary of Transnet, says the expansions form part of the R100-billion KwaZulu-Natal Logistics Hub Programme.

The programme seeks to position the Port of Durban, whose competitiveness has slumped in recent years, as an international container hub able to handle of 11.4-million TEUs and with an automotive capacity exceeding 900 000 units.

In 2022, Transnet reported that it handled 4.1-million TEUs across all its container terminals and 719 114 automotive units.

The Port of Richards Bay, meanwhile, is being positioned as a dry bulk hub port, as well as an LNG hub.

TNPA received 19 responses to a recent request for information to assess market interest in the design, development, construction, financing, operation, maintenance and transfer of an LNG terminal in the port’s South Dunes precinct.

It was expected to issue a request for proposals in July, but the tender has not yet been published.

TNPA says its plans for Richards Bay are aligned with the Department of Mineral Resources and Energy’s strategic plan for gas-to-power.

Mineral Resources and Energy Minister Gwede Mantashe is currently seeking concurrence from the National Energy Regulator of South Africa for a Ministerial determination for the procurement of 3 000 MW of gas-to-power capacity before 2028.

However, there is opposition to the development of gas-to-power plants in Richards Bay, with environmental justice groups having mounted legal challenges against the awarding of environmental authorisations for proposed projects in the region.

Meanwhile, TNPA reports that some dry bulk terminals and minerals-handling facilities are also earmarked for relocation from the Port of Durban’s Island View and Maydon Wharf precincts to the Port of Richards Bay.

It adds that the board approval follows two major milestones in relation to the KwaZulu-Natal Logistics Hub, including a detailed validation process for the Port of Durban by the KZN Logistics Hub programme, carried out under the supervision of the World Bank by international independent consultants.

The validation process, which was conducted by Maritime and Transport Business Solutions and PDRW Consulting Port and Coastal Engineers, reportedly confirmed the feasibility of TNPA’s plans.