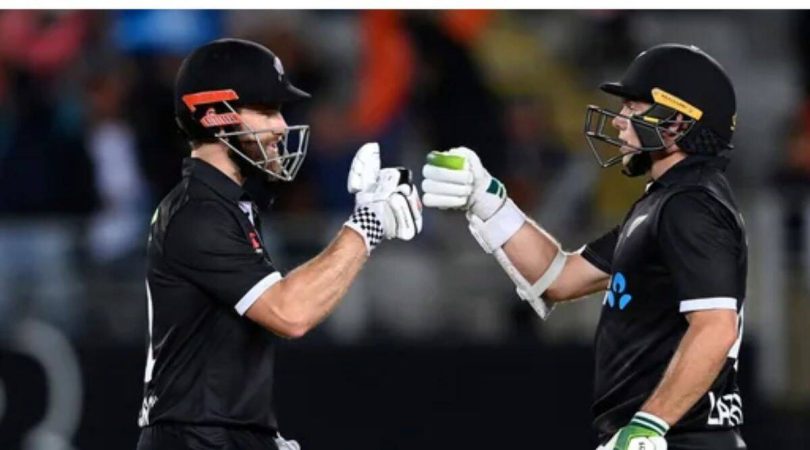 New Zealand beat India by seven wickets at Eden Park in Auckland. Tom Latham was declared the Man Of The Match for his brilliant 145 of just 104 deliveries.

New Zealand skipper Kane Williamson 94(98) anchored the innings. Both Latham and Williamson built a 221-run unbeaten partnership to take Kiwis home. This is the highest fourth-wicket partnership for the blackcaps.

The pair got together when the score was 88/3. They milked the Indian bowling well in the middle overs and when the rate was going up the paired increased the tempo.

Umran Malik 2-65(10) was the best bowler for India. Captain Shikar Dhawan chose to go into the game with five bowlers.

“We felt good about the total. First 10-15 overs the ball did a lot. It’s a bit different from other grounds. Have to plan accordingly. Today we’ve bowled short of length and Latham attacked us there. That’s where he took the game away from us especially in the 40th over. That’s where the momentum shifted. Really enjoy playing here. Would’ve been happier if we won but that’s part and parcel. They’re all young boys and lots of learning for them. Bowling side and fielding side as well (what areas need improvement?). We need to implement our plans more wisely and make sure we don’t make the batsmen play on their strength.” The Indian skipper said after the game.

Earlier, India posted 306 runs on the board with Shikar Dhawan, Shubman Gill and Shreyas Iyer all scoring half-centuries and non of them converted it into a big total.

The 100-run opening stand between Shubman Gill and Shikar Dhawan was the first for India in Auckland.

India will go into the next ODI trailing the series to Seddon Park in Hamilton on Sunday.