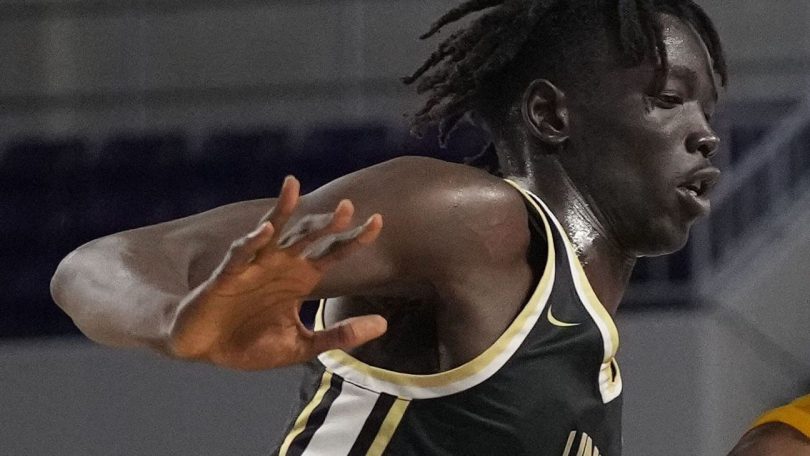 “It’s home, nothing beats it,” Biliew told ESPN. “Playing for the state that raised me for the majority of my lifetime is priceless to me. I feel like it was destined for me to be at ISU and cement my legacy here.”

Biliew took multiple visits to Iowa State’s campus over the past year and head coach T.J. Otzelberger made Biliew his clear priority target in the 2023 class.

“What makes Coach T.J. so special is that he is a real genuine person,” Biliew said of his future coach. “Throughout the whole recruiting process, we built a strong bond and found out we had a lot of similarities, especially when it comes to our work ethic. I know I could trust Coach T.J. and what he has going on at Hilton.”

A 6-foot-8 forward from Iowa who attended Link Year Prep (Missouri) this past season, Biliew is ranked No. 9 in the ESPN 100 for 2023. He averaged 8.4 points, 4.6 rebounds and 1.2 blocks in 19 games with the MoKan Elite program on the Nike EYBL circuit this spring and summer, helping lead the team to the Peach Jam championship last week. Biliew had 14 points and six rebounds in the quarterfinals, followed up by 13 points and 12 rebounds in the semifinals.

Biliew is one of the more physically imposing and intense prospects in the class. His defensive prowess is predicated upon his focus at that end of the floor, as well as the fact he lives low in his stance and can defend the ball or give help. He can block shots, but he’s at his best when he’s playing as a high-level rebounder.

Offensively, he owns secure hands and has the footwork to post up. Biliew also has an improving touch with range to the arc when needed. He’s one of the best finishers in the class, especially in traffic, due to his strength, power and leaping ability.

Biliew is the first five-star prospect to commit to Iowa State since the ESPN recruiting database began in 2007. He’s the third pledge for the Cyclones in the 2023 class, joining ESPN 100 forward Milan Momcilovic and four-star wing Jelani Hamilton.

After reaching the Sweet 16 last season and with three impact recruits already in tow, Iowa State’s future looks bright — and Biliew is looking forward to playing in front of the Cyclones fans in two seasons.

“They are one-of-a-kind, die-hard fans,” he said. “One thing about this fan base is they’re super devoted to their players and school, that no matter the circumstances the team is going through, they got their back no matter what.”