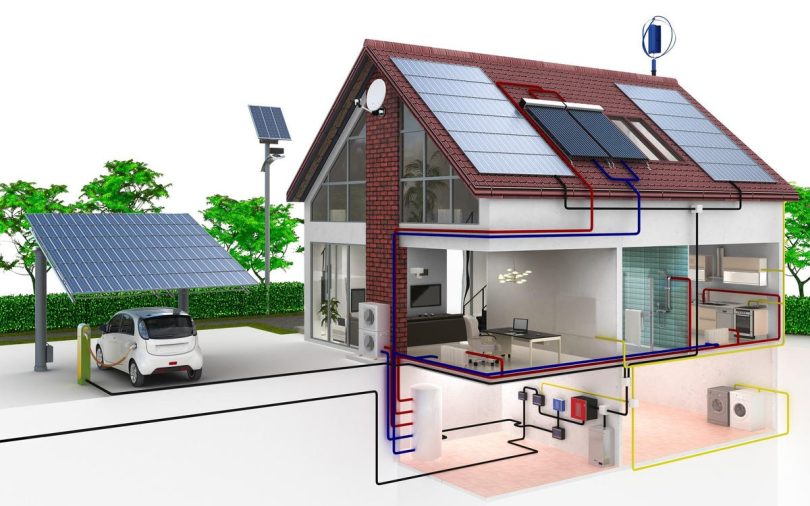 Let’s take a closer look at investing in renewable energy and the companies that stand out within the industry.

Renewable energy is a growing industry that wants to change the world in a big way.

Ultimately, the renewable energy industry aims to provide clean energy solutions to the masses. As the industry works toward this ambitious goal, there are plenty of profits to be made along the way.

Recently, the United States passed the Inflation Reduction Act. Within that massive bill, approximately $369 billion was set aside for energy security and climate change programs over the next 10 years. Many of those dollars will make their way into the renewable energy industry.

The big players in the renewable energy industry

It’s clear that the renewable energy industry is, or will be, a mammoth. And many view renewable energy as the way of the future. As an investor, you can’t help but see the potential green in the green industry.

If you are looking to invest in individual companies, here’s a look at the leaders in the renewable energy industry.

A discussion of renewable energy could not officially start without Tesla. They are not only the world’s foremost electric vehicle manufacturer, they also produce a range of residential and commercial energy storage and production products – solar panels and home energy storage stations.

When it comes to technology and innovation, Tesla is known for pushing the envelope. For example, on Tesla AI Day, the company showed off a prototype of Optimus, a humanoid robot.

Brookfield Renewable might not have the name recognition of Tesla. But what it lacks in brand power, it makes up for by being one of the largest publicly traded renewable power platforms. The company is a leader in decarbonization and claims a strong financial position in a growing market.

In recent months, the company has been expanding by acquiring other renewable energy companies like Scout Clean Energy, Standard Solar, and Urban Gird, which has expanded Brookfield’s capacity significantly in the U.S.

At the moment, Brookfield is one of the largest producers of hydroelectric power. Clearly, they are looking to expand on their foothold in wind energy, solar energy, and energy storage solutions.

First Solar specializes in thin-film solar panels. As demand for solar grows, this company is in a good position to take advantage of a growing group of potential buyers.

Some of the funds allocated to green energy in the Inflation Reduction Act are directed at making solar panels more affordable for the consumer, including a tax credit of up to 30% for those who install a PV system in the next ten years.

This company will likely benefit from that change. First Solar advertises its thin-film PV modules as producing up to a 2.5x lower carbon footprint and 3x lower water footprint than conventional c-Si panels. By presenting itself as innovative and boundary-pushing to consumers, the company has set itself up to profit from the recent attention paid to the renewable energy industry.

SolarEdge Technologies is another company that is prepared to capitalize on the growing demand for solar panels.

The company produces an inverter system designed to optimize the energy created by solar panels. Ultimately, the inverter leads to more affordable energy and is a key part of SolarEdge’s business model.

SolarEdge Technologies closed at a share price of $225.25 yesterday.

NextEra Energy is a major player in the American green energy industry. On a global scale, the company is one of the largest producers of wind and solar energy.

Earlier in 2022, the NextEra announced its Real Zero plan to eliminate all carbon emissions from its operations by 2045. It plans to accomplish this by expanding its solar energy production and storage capacity. Plus, it has ambitious plans like an intention to convert its power plants into a renewable energy source like green hydrogen.

This company is leading the charge toward decarbonizing America, with between $50 and $55 billion in new American infrastructure investments planned through 2022. With that, it might be the right fit for your investment portfolio.

NextEra Energy Inc. closed yesterday at a share price of $77.71.

How to invest in renewable energy stocks

The renewable energy industry is poised to move the world into an era of cleaner energy consumption, bringing our daily lives into a far balance with ecology. Everyone seems to be excited about the industry, from individual consumers to corporations to governments.

But in this growing industry, it can be difficult to separate the potential winners from the losers. After all, green energy technology is still new. It’s natural that investors hesitant when picking out stocks for their portfolios.

The good news is that you don’t have to do it alone, and you don’t have to limit your investment to just one company or even a small grouping. Instead, you can use an assist from artificial intelligence to incorporate renewable energy companies into your portfolio without keeping tabs on individual companies. This is possible through Q.ai’s Clean Tech Kit.

The Clean Tech Kit uses the power of AI to pull top-performing renewable energy companies into your investment portfolio. If you want to diversify into this industry without watching the markets like a hawk, let us do the monitoring for you.