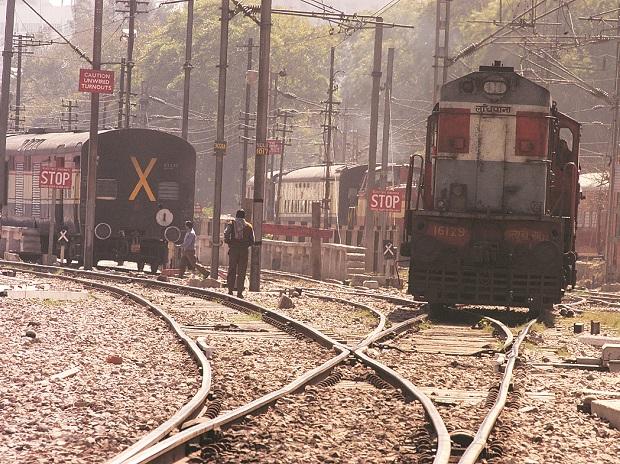 The Union Cabinet Committee on Economic Affairs (CCEA) has revised the long-term lease policy for the industrial use of the Railways’ land. The Centre, along with the Reserve Bank of India (RBI), has prepared an action plan for facilitation of special rupee accounts for trade settlements. Read more on these in our top headlines.


The Union Cabinet Committee on Economic Affairs (CCEA) has revised the long-term lease policy for the industrial use of the Railways’ land. The new policy will see the Railways’ land licensing fee coming down to 1.5 per cent, from the current 6 per cent (with a 7 per cent annual increase) of the market value of the land. The lease period has been extended to 35 years from five years now.


According to a government statement, the policy has been tweaked for a smoother implementation of the PM Gati Shakti National Master Plan framework. According to sector observers, the revised terms will also help facilitate the government’s strategic disinvestment in the Railways’ undertaking Container Corporation of India (Concor). Read more


The Centre, along with the Reserve Bank of India (RBI), has prepared an action plan for facilitation of special rupee accounts for trade settlements. This includes nudging banks and the Indian Banks’ Association (IBA) to reach out to foreign banks for opening such vostro accounts. Banks have also been asked to process over 115 proposals at the earliest, and to remain cautious while dealing with Russian banks.


In a meeting held on Wednesday, the government spelt out the plan, which requires the Department of Commerce and the Directorate General of Foreign Trade (DGFT) to encourage trade associations to utilise the RBI’s new rupee settlement mechanism — seen as a measure to internationalise the rupee. This is besides the Ministry of External Affairs (MEA) already spreading awareness regarding the framework with overseas entities, people aware of the matter told Business Standard. Read more


The festival season has already begun in the west and south of India with Ganesh Chaturthi and Onam, respectively, and consumer companies are witnessing a pick-up in sales compared to pre-Covid levels.


Retailers, fast-moving consumer goods (FMCG) and consumer durables companies expect their sales to grow in double digits this festival season compared to pre-pandemic times, as there are no curbs on movement now. Read more


A strict enforcement of seat belt norms for rear passengers would be more effective than making an alarm go off when people do not belt up, according to officials at car manufacturers. Their comments came a day after Nitin Gadkari, the Union minister for road transport and highways, announced that seat belt alarms would be made mandatory for passengers in the rear seat of a car.


“We have taken a decision that there will be a provision that the car seat belt alarm should beep when the rear seat rider is not wearing a seat belt. We will impose fines if rear seat riders are not wearing seat belts. I have cleared the notification and within three days we will issue it,” the minister said, speaking at the ‘India@75 — Past, Present and Future’ conclave organised by Business Standard in New Delhi on Tuesday. Read more


The Centre will soon come out with detailed guidelines for social media influencers that could include penal provisions under the Consumer Protection Act, senior officials have told Business Standard.


These provisions will include a penalty of Rs 10 lakh for first-time offenders, which could extend to Rs 20-50 lakh for repeat offenders. Read more


There are two things that one can always expect from Nitin Gadkari: candour and new age infrastructure ideas. As chief guest at the India@75 Platinum Perspectives organised by Business Standard, the union minister for road transport and highways (MoRTH) demonstrated both in equal measure.


In a fireside chat with BS, Gadkari kept the audience engaged while replying to questions on the theme of ‘Past, Present and Future’. “In the old days, there were communist parties, socialist parties, and swatantra parties at the fore. Today, under the leadership of Prime Minister Narendra Modi, eradication of poverty is our main mission. For that we need to generate more employment potential, and we cannot do that without capital investment and industry. We need to increase our exports and reduce our imports,” Gadkari said. Read more