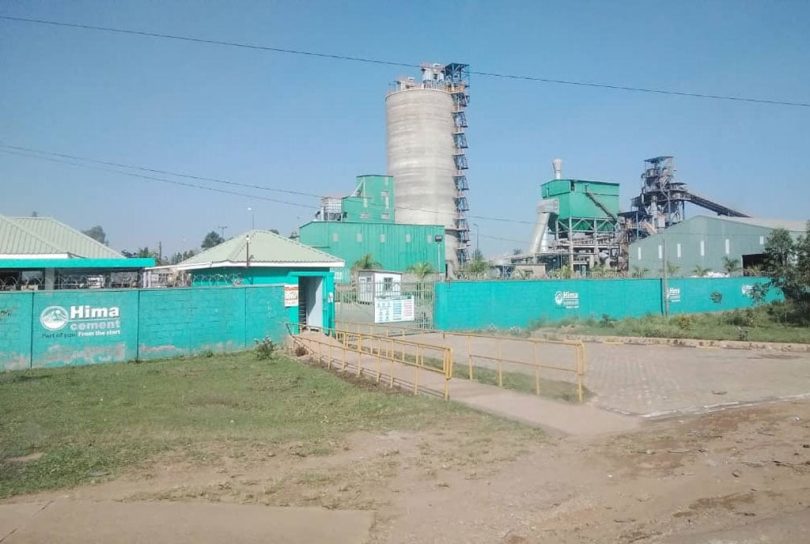 Residents living near Hima Cement factory in Tororo District have said their lives are at risk due to dust, gas emissions and vibration from machines.

The most affected locals from Nyakesi E Village, Nyakesi Parish in Nyangole Sub-county, said the dust and chemicals being charged in the air have continued to pollute their environment.

They said this during a community engagement with the factory management at the weekend at Nyakesi E Village, where they noted that despite their numerous complaints to the district leadership, they have not been helped.

The village chairperson, Mr Peter Kamonya, said although the factory has provided employment opportunities, the environmental hazards such as emission of poisonous chemicals are putting their lives at risk.

“Our relationship between the factory and the surrounding communities has been so good until recently when it started discharging smoke and dust, which have adverse negative impact on our health,” he said.

Mr John Orono, another resident, said during the inception of the factory in the area, the proprietors assured the community that they would use sophisticated technologies that would neither cause vibration nor release emissions.

“As a result of the vibration, our houses have developed cracks while pit-latrines have also collapsed.

The company should compensate us or else we are going to petition the President,” he said.

Mr John Odakiai, another resident claimed that the vibration has also affected the company pit-latrines, forcing the workers to use polythene bags, which are always thrown at night  over the walls to people’s gardens.

“This practice is most likely to result in the outbreak of Cholera if the situation is not contained,” he said.
Ms Loy Oboth, a widow, said the current situation will likely affect their hearing abilities, especially to the newborn babies.

The Tororo District Councillor representing Nyangole Sub-county, Mr  Patrick Omare, said he has on numerous occassions made efforts to contact the company management but they seem not bothered to improve the situation.

“I plan to lead the affected people to hold a peaceful demonstration to express their grievances and task the government to take appropriate action against the company,” he said.

Ms Evelyn Aol, the district environment officer, was surprised to learn that the company is not following the guidelines to mitigate the impact of company activities.

“We are going to liase with the other departments to assess the situation and see how the community will be helped,”  she said.

However, Mr Samuel Onyango, who represented the company at the dialogue, apologised to the community  and said they are working towards addressing these challenges.

He added that besides the current catastrophe, the company has continued to extend and offer services under the corporate social responsibility arrangement to local communities.

“We are offering scholarships to best performing candidates in Primary Leaving Examinations, among other things,” he said.

The Deputy Resident District Commissioner, Mr Albert Amule, ordered the factory to come up with mechanism to control pollution of the environment and also compensate the affected homesteads whose houses have been damaged as a result of company’s activities.

“I have also instructed environment officer to carry out environment impact assessment and we see a way forward,”  Mr Amule said.