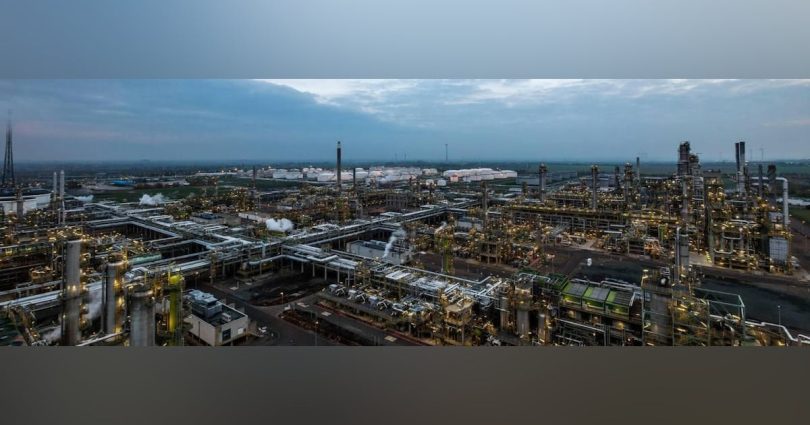 TotalEnergies SE has renewed a contract with Bilfinger SE for delivery of long-term integrated maintenance services focused on ensuring efficiency and sustainability at the operator’s 227,000-b/d Leuna refinery in central Germany.

As part of the 6-year term contract awarded Sept. 15, Bilfinger will maintain its multidisciplinary team of more than 160 employees on site daily at the refinery to provide maintenance of Leuna’s piping systems, mechanical and electrical engineering, as well as analysis and automation technology, the service provider said in a release.

Scope of work under the contract also includes the Bilfinger on-site team’s execution of unidentified modifications and provision of support during scheduled turnarounds to ensure the refinery maintains compliance with increasingly more stringent safety, environment, and technology standards, the company said.

Bilfinger, which has been responsible for maintenance of large sections of the Leuna complex since the site’s commissioning in 1997, said the contract value is high double-digit million euros.

In its latest Sustainability & Climate 2022 Progress Report published in March, TotalEnergies confirmed it is developing pilot units near the Leuna refinery to make molecules that can be converted into methanol and sustainable aviation fuel (SAF) using green hydrogen and captured carbon dioxide (CO2).

Launched in June 2021, the e-CO2Met pilot project entails capturing of CO2 from the refinery’s emissions and production of hydrogen using renewable energy via a 1-Mw electric (Mwe) high-temperature electrolyzer, which provides greater efficiency than more frequently used low-temperature electrolyzers. Produced hydrogen will then react with the captured CO2 to produce methanol, a cleaner, lower-carbon synthetic fuel.

While TotalEnergies did not reveal a timeframe for duration of the program, the operator said it anticipates an energy efficiency gain of around 30% across the pilot units’ production chain.

In addition to supplying the aviation industry, the pilot program at Leuna will potentially support supply of alternative marine fuels from TotalEnergies Marine Fuels Pte. Ltd., TotalEnergies’ dedicated business unit in charge of global bunkering activities, according to a Mar. 1, 2022, release from the company.

In its 2021 annual report released in March 2022, TotalEnergies said a project also is under way at Luna to convert vacuum residue into diesel and methanol. Further details of that project, however, have yet to be disclosed.

Additional works at the refinery involve measures to improve the site’s energy efficiency through research into new ways of using waste heat from its operating units. To date, the refinery has mapped and quantified its sources of waste heat, and research with local partners is under way to see how heat from nearby industrial and municipal ecosystems also might be put to more efficient use, TotalEnergies said.

Alongside initiating production of SAF from a new plant at its 253,000-b/d integrated Normandy refining and petrochemicals platform in Gonfreville l’Orcher, France, earlier this year, TotalEnergies also remains on track by 2024 to complete two additional downstream energy transition-related projects, including starting production of SAF from a new biorefinery under construction as part of the operator’s Project Galaxie repurposing of its former 101,000-b/d Grandpuits refinery at Seine-et-Marne near Melun, southeast of Paris, as well as finishing the more than €500-million conversion of the entire Grandpuits site into a zero-crude industrial platform (OGJ Online, Apr. 28, 2022).

The projects collectively come as part of TotalEnergies’ broader commitment to achieve net-zero emissions across the entirety of its global operations by 2050 in accord with its commitments under the Paris Agreement.