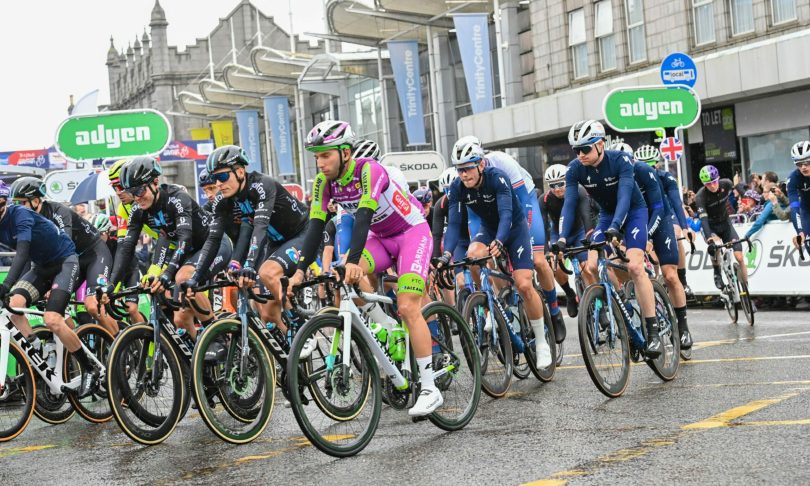 North-east council chiefs hope to cement the region as the ultimate cycling destination after an “unforgettable” weekend with Tour of Britain.

Hundreds of elite cyclists made their way through some of the most scenic places as the first stage of this year’s event kicked off on Sunday.

For the first time since Tour of Britain’s inception in 1945, Aberdeen became the proud host of the start of the race, which set off from Union Street.

The 112-mile route took the world-class athletes on a journey through Aberdeenshire – including Bennachie, Inverurie and Alford – and finished at Glenshee Ski Centre.

It was the pinnacle of a two-week programme promoting the cycling spectacle – with a range of school projects and fun-packed events held across the area.

And after a very successful weekend, council and tourism officials are now hoping to make the north-east the go-to destination for such large-scale cycling events.

Tour of Britain creating a ‘legacy for years to come’

Aberdeenshire Council leader Mark Findlater, who was at the finish line as New Zealand’s Corbin Strong scooped the title, said this was the first of many cycling events to come in future.

He added: “We knew we were going to be able to provide a finish for the 2022 race that would be unforgettable for spectators, TV audiences and riders alike, and the organising team made sure of that.

“I feel sure that the legacy we created here is one which will see cyclist flock to our part of Scotland for years to come and will cement the reputation we continue to attract as a cycling destination.”

Thousands of people lined up along the route despite the dreich weather to show their support and cheer on the Tour of Britain riders.

Lord Provost of Aberdeen David Cameron said it was fantastic to see so many people out to celebrate a weekend of cycling after the toned-down event last year.

Kathy Gilchrist, president of Scottish Cycling, also praised the “fantastic racing” across the north-east, saying it was an “event to remember”.

Chris Foy, chief executive of VisitAberdeenshire, added: “Aberdeen and Aberdeenshire’s reputation as a destination for hosting large scale events has been further strengthened by the spectacular start to this year’s Tour of Britain.

“The region is also making tracks as a growing destination for cycling, and we look forward to further promoting the area to cycling enthusiasts.”

The second stage of Tour of Britain starts in Hawick today.

GALLERY: The best north-east snaps from the Tour of Britain