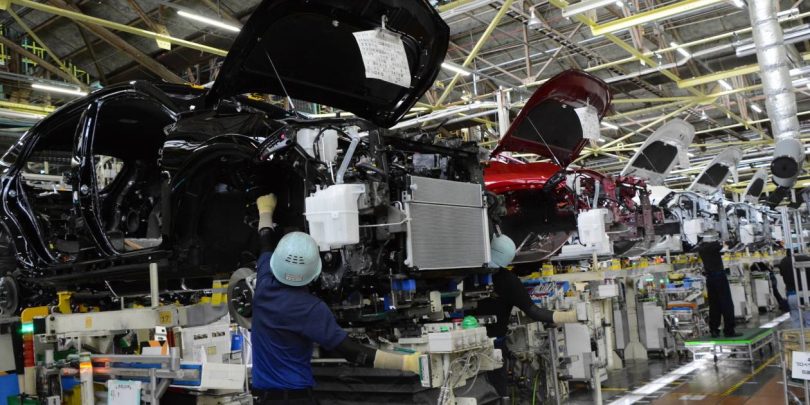 TOKYO (Reuters) — Toyota Motor Corp. on Monday said it could produce as many as 10.6 million vehicles this year, while warning of downward risk to its projection from the possible impact of issues such as parts supply shortages and COVID-19.

The car giant said that it saw a downside risk of about 10% on that baseline production volume — a value which did not constitute a formal production target for this calendar year — on risks such as shortages in chips supply or the spread of COVID-19.

The purpose of disclosing the baseline figure was to make it easier for suppliers to draw up management plans, a Toyota executive said.

Toyota last month maintained a production forecast of 9.2 million vehicles for this fiscal year, which runs through March from April 2022.

In November, it had lowered a previous projection of producing 9.7 million vehicles this fiscal year due to the fallout from rising material costs and the persistent semiconductor shortage.