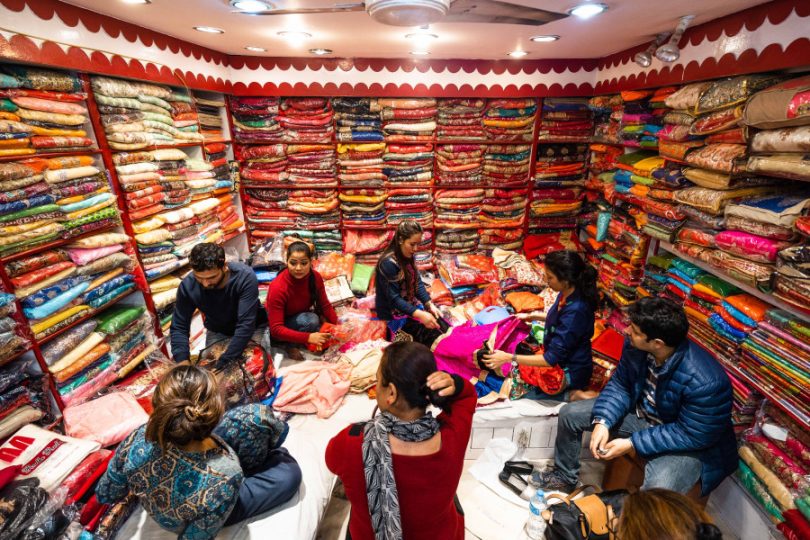 The festival season begins next month, and traders worry they may miss out on the traditional shopping spree for lack of inventory because of the continuing import restrictions on consumer durables.

Dashain is a happy time for merchants as business takes off on a vertical trajectory. But this year, they may not have much cause to be happy.

Consumers too are concerned about their festival shopping as traders have said that imported goods will come with higher price tags because of global inflation.

The Dashain festival, which begins in late September this year, revitalises the country’s economy as money flows like water in the market.

Naresh Katuwal, immediate past president of the Nepal National Traders’ Federation, warned that the ongoing import restrictions could disrupt the supply chain.

“We don’t see adequate demand for consumer durables this year due to the government restrictions,” he said.

Last December, Nepal Rastra Bank rolled out a new policy making it mandatory for importers to keep 100 percent margin amount to open a letter of credit to import 10 types of listed goods, including automobiles.

The central bank has decided to discourage the import of these items considering that they are “non-essential”.

As potential importers have been relying on short-term credit to open letters of credit, the central bank’s directives have become a cause of great distress for many of them.

Most of the goods in the restricted list are those that sell the fastest during the Dashain festival, traders say.

“The government ban on imports has increased illicit trade across the open Nepal-India border, Katuwal said. “The ban on supply means shortage of goods. This will also increase prices.”

Most of the goods targeted for the festival market arrive through the Rasuwa and Tatopani check posts on the northern border with China.

“But these transit points are still not fully operational despite China’s repeated assurances to Nepal that it would allow easy passage for international trade,” Katuwal said.

In the Kathmandu market, mid-range smartphones are already short. The government has banned imports of smartphones costing more than $300.

“This move has fuelled the grey market,” Sanjay Agrawal, vice-president of the Mobile Phone Importers’ Association, told the Post in a recent interview.

Banks say they are facing a liquidity crisis as most of the country’s earnings are being spent on imports.

Nepal’s import bill hit a new record of Rs1.92 trillion in the last fiscal year, according to the Department of Customs.

As the world is facing hyperinflation, Nepal has not been left untouched.

“Prices will go up significantly due to added transport costs,” said Katuwal.

Traders say they are optimistic that the embargo will not last much longer; but on July 17, the government extended the restriction for another one and a half months till August 30.

The latest import restriction applies to mobile sets priced over $300 and motorcycles with a capacity over 150 cc.

The import ban has also raised concerns among Nepali traders who are in the process of stocking up on inventory for the Dashain and Tihar shopping season.

“Festival orders from traders have plunged by almost 50 percent after the government said they must keep 100 percent margin amount to open a letter of credit,” said Ashok Kumar Shrestha, president of the Nepal Trans Himalayan Border Commerce Association.

“Traders also slashed their import orders anticipating a drop in festival sales due to high inflation,” he said.

“Rising interest rates, slowed economic activities due to a liquidity crunch, high transportation costs and import restrictions are going to put a damper on this year’s festival market. Festival sales are going to be less exciting than during the two years of the pandemic,” Shrestha said.

“A prelude to the festival market can be observed right now with the subdued market activities on the eve of the Teej festival,” Shrestha said.

The import of products designated as luxury items has been disallowed since April 26.

Around 50 percent of the annual automobile sales take place during the Dashain and Tihar shopping season as dealers offer schemes and discounts, automobile traders said. Would-be bike buyers wait for the festive season to take advantage of the sales discounts, they said.

“But the ban which has been extended till August 30 will hit festive sales of automobiles,” Dhurba Thapa, president of the Nepal Automobile Dealers’ Association, told the Post in a recent interview.

The earlier decision to ban mobiles costing more than $600 had already impacted the market, said smartphone dealers, adding that the latest move would destroy the market and business confidence, especially during the festival shopping season when sales surge by more than half.