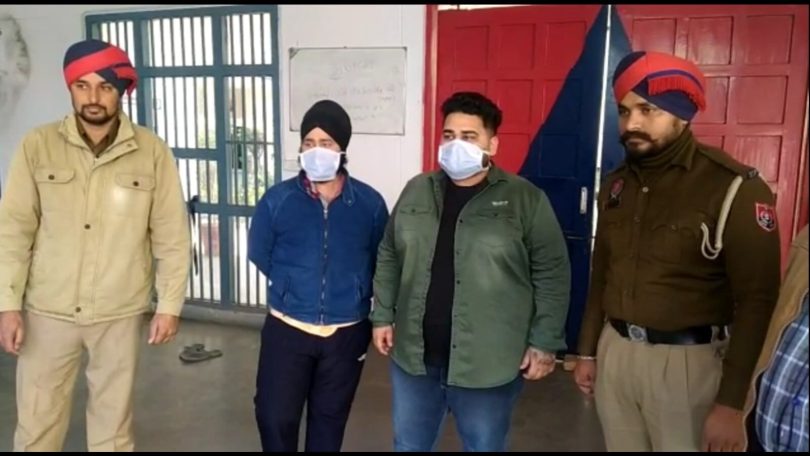 Two brothers allegedly assaulted an assistant sub-inspector, deputed in the traffic wing of police commissionerate, outside Ludhiana railway station and also snatched his mobile phone when he stopped them for driving their scooter on the wrong side of the road, the third such incident in the past four days when on duty police personnel were assaulted.

The accused have been identified as Simranjot Singh, 28, of Field Gunj and his brother Prabhjot Singh, 23.

Complainant ASI Sharanjit Singh stated that he was deputed outside gate number 2 of Ludhiana railway station and was managing flow of traffic when the accused were found driving without helmets on the wrong side of the road. The scooter had no number plate installed on it.

Sharanjit said that he stopped the accused for checking and asked them to produce the documents following which the accused assaulted him and also snatched his mobile phone. He then informed the division number 1 police who arrested the accused.

Inspector Sanjiv Kapoor, SHO at police station, division number 1, said that a case under sections 379-B, 353, 186, 332, 506 and 34 of IPC has been lodged against the accused. The whole incident was captured in the CCTVs installed in the area.

He added that the accused were already facing trial in three cases, including attempt to murder and assault.

Box: Taking law in their hands

On January 14, a group of six people, including a woman, barged into Basant Park police post and assaulted at least four police cops.

On January 13, a shopkeeper involved in storing and selling banned plastic kite string along with his aide assaulted a head constable with sharp edged weapon in Sherpur after a police team conducted a raid at his shop for the recovery of the string.