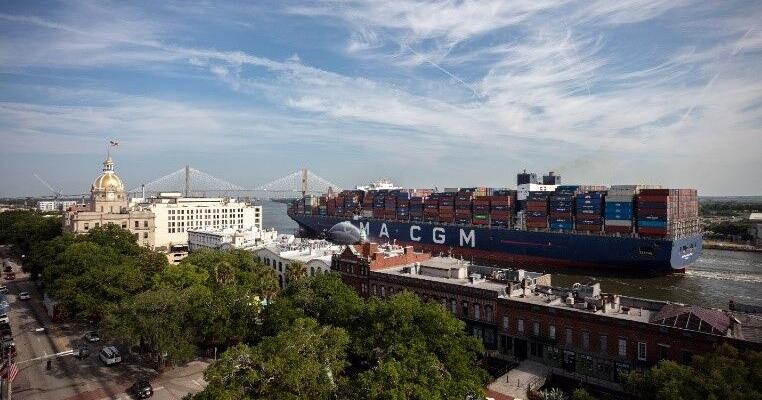 (The Center Square) — The Georgia Ports Authority continues to handle record freight levels, even as a potential rail strike looms.

In August, the ports handled 575,513 twenty-foot equivalent container units, an increase of 89,918 TEUs, or 18.5%, over August 2021. Coupled with its July volume of 530,800 TEUs, GPA officials said this marks the quickest the Port of Savannah has cleared the 1 million TEU mark in a fiscal year.

“The Port of Savannah’s geographic and capacity advantages remain a driving force behind current and new customers deciding to move cargo through Georgia,” GPA Executive Director Griff Lynch said in a statement. “Our central location, and service through the largest container terminal in the Western Hemisphere offers speed to market and unmatched room to grow.”

Port officials say a November 2021 GPA decision to commission the final nine of 18 working tracks on the Port of Savannah’s Mason Mega Rail Terminal will increase rail capacity by 30%. The 85-acre rail yard, which officials tout as the largest of its kind for a port terminal in North America, is served by Class I railroads Norfolk Southern and CSX.

Meanwhile, in a statement, GPA said its liaisons are communicating with CSX and Norfolk Southern in advance of a potential nationwide freight rail strike. Intermodal cargo accounts for about 17% of GPA’s total container trade.