Thaddaeus Babb with the Oklahoma Department of Transportation and Rogers County Commissioner Ron Burrows look at items for a time capsule at the Tulsa Port of Catoosa on the 50th anniversary of the first barge arriving Thursday, Jan. 21, 2021 in Catoosa, Okla. 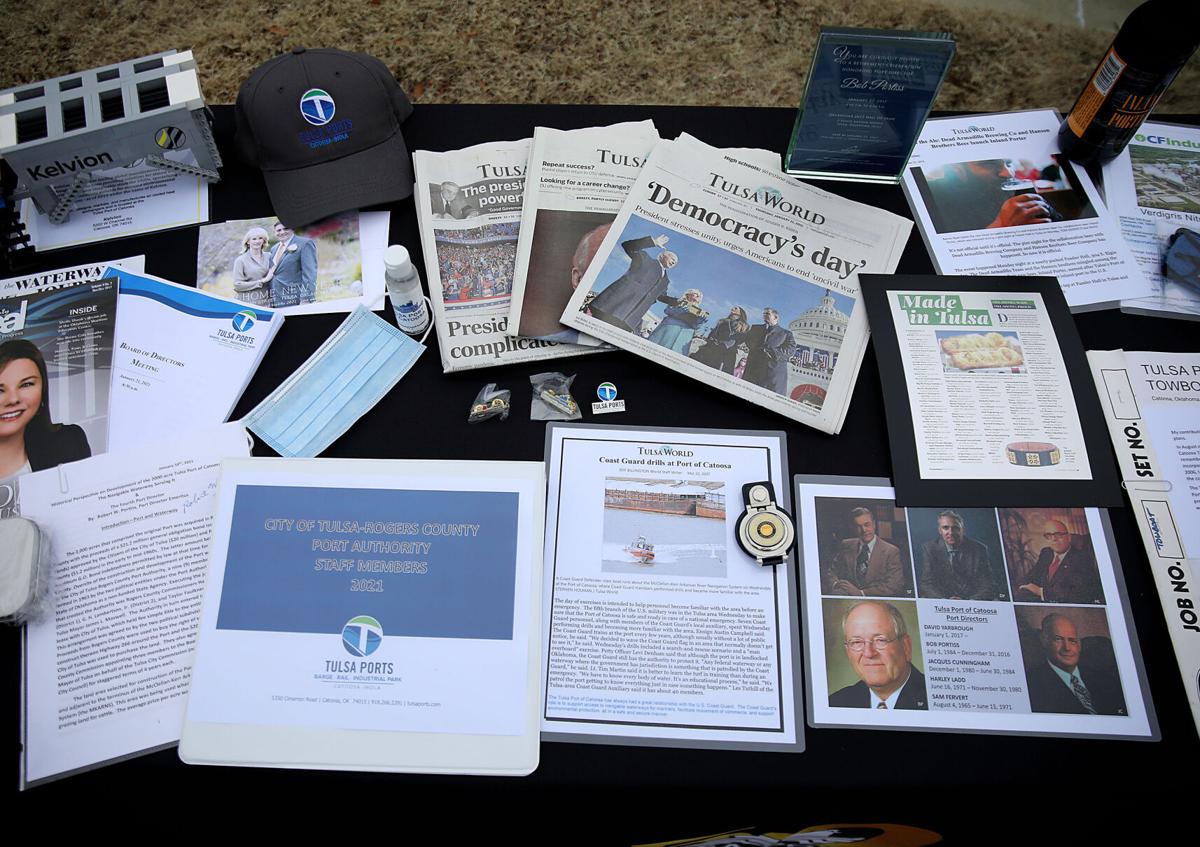 Items that will be buried in a time capsule at the Tulsa Port of Catoosa for the 50th anniversary of the first barge arriving Thursday, Jan. 21, 2021 in Catoosa, Okla. 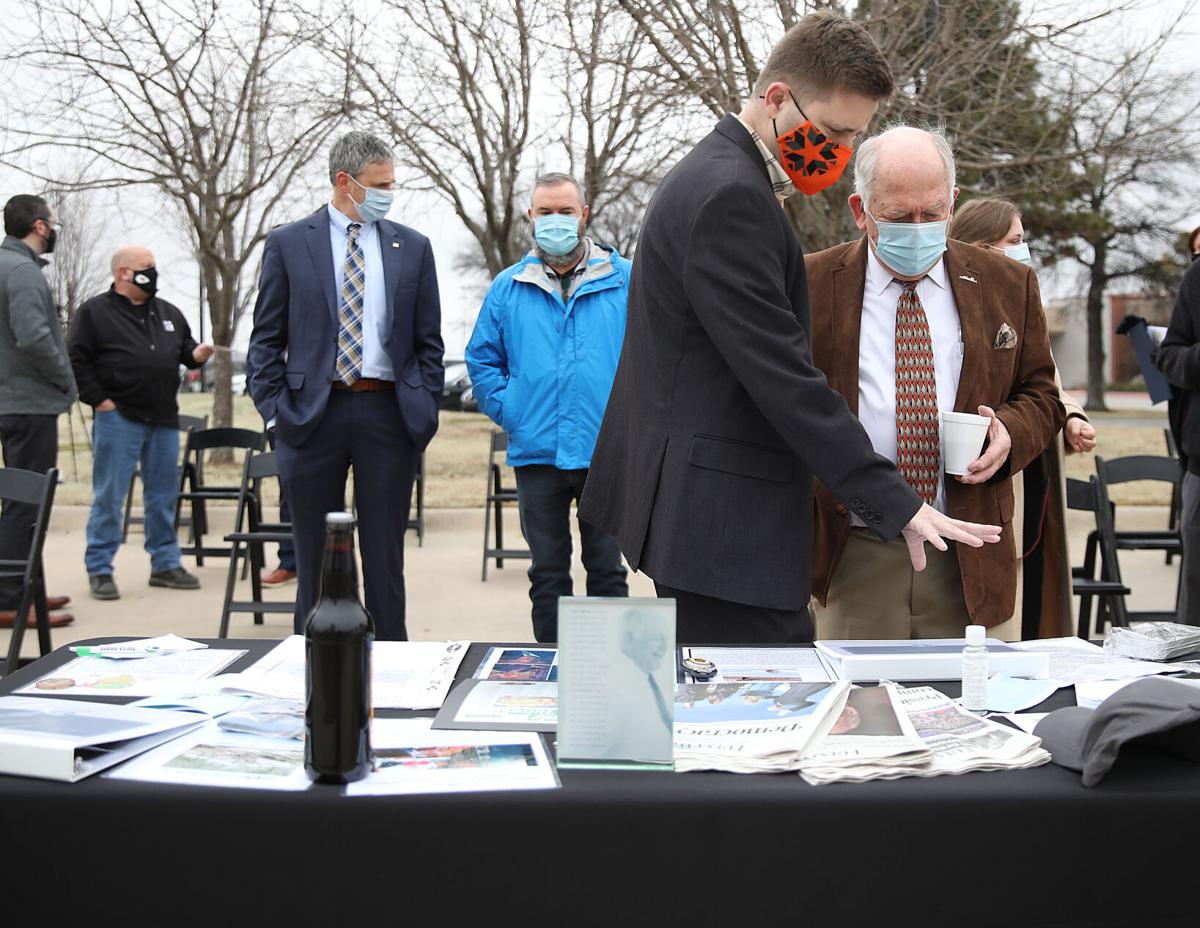 Thaddaeus Babb(left), with the Oklahoma Department of Transportation, and Bob Portiss, former port director, look at items for a time capsule at the Tulsa Port of Catoosa on the 50th anniversary of the first barge arriving Thursday, Jan. 21, 2021 in Catoosa, Okla.

Fifty years ago, the first barge that entered the Tulsa Port of Catoosa reportedly was hauling 650 tons of newsprint.

“As the story goes, that newsprint, when it was unloaded, was used to publish the next day’s editions of the Tulsa World and the Tulsa Tribune,” said Dewey Bartlett Jr., chair of the City of Tulsa-Rogers Port Authority.

On Thursday, the port made a splash of a different sort, celebrating its 50th anniversary being part of the one of the most significant inland waterways in the United States.

Contents for a time capsule, which will be buried at a later date, also were on display Thursday as the port launched a year-long commemoration of its half century of operation.

The Tulsa Port of Catoosa and McClellan-Kerr Arkansas Navigation System (MKARNS) opened in 1971. It was dedicated by President Nixon on Jan. 21 of that year after being funded by Congress at a cost of $1.2 billion. The facility was named after U.S. senators John L. McClellan (Arkansas) and Robert S. Kerr (Oklahoma), visionaries for the project.

The port allows companies to move millions of tons of bulk freight by barge each year at a fraction of the cost and environmental impact of rail or truck.

“This port really has been a growing integral part of this state’s economy, not only the state of Oklahoma but the region that we serve,” Bartlett said. “Northeast Oklahoma is just well blessed by the significance of this port.”