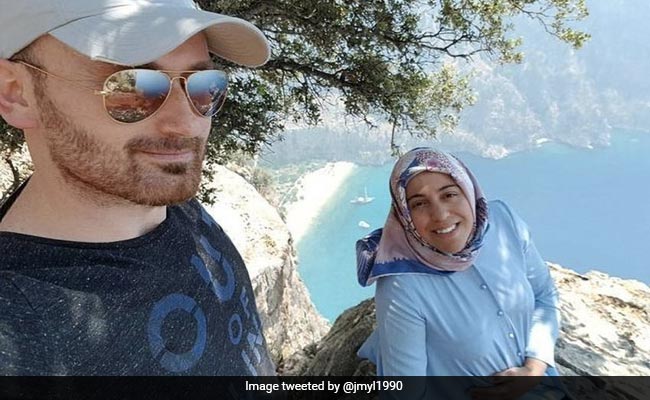 Hakan Aysal had pushed his wife, Semra Aysal, off the cliff.

A man in Turkey who, shortly after taking a happy selfie with his pregnant wife, threw her off a 1,000-foot cliff has been given a life sentence by the court. Semra Aysal was pushed from a ledge at Butterfly Valley, in the Turkish province of Mugla, by her husband Hakan Aysal, in June 2018. Hakan killed his wife, who was seven months pregnant, so that he could collect on a life insurance policy he had taken out on her, according to evidence presented in court.

Hakan Aysal had lured his wife, who was afraid of heights, to the edge of the 304-meter cliff on the pretence of taking a selfie, but then pushed her over. A court heard how he committed the horrific act amid a twisted plot where he took out life insurance on her behalf worth $25,000, which he quickly claimed after her death, the New York Post reported.

In spite of Hakan Aysal’s initial denial of involvement, the Fethiye High Criminal Court ultimately rejected his last-minute insanity plea, which was heard by the court. Aysal’s composure after the occurrence led witnesses to the murder and family members of the couple to believe the homicide was planned, they claimed.

After his wife passed away, Aysal, who was the only beneficiary of her policy, applied for life insurance on her behalf. However, when the police declared an investigation into Semra’s death, the application was turned down.

The New York Post reported that the victim’s older brother, Naim Yolcu, said in a previous hearing: “When we went to the Forensic Medicine Institute to get the body, Hakan was sitting in the car. My family and I were destroyed, but Hakan did not even appear sad.”

Life in prison was the verdict for Hakan Aysal, and it will be at least 30 years before his release is even considered.