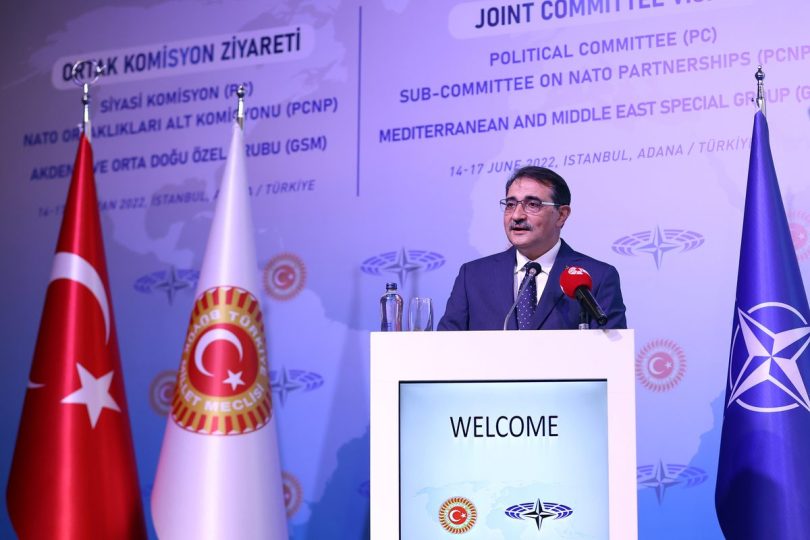 Both countries reached a consensus on the establishment of a joint company between Sonatrach, the national oil and gas company of Algeria, and Turkish Petroleum, Donmez told Anadolu Agency.

Donmez, who attended the 2nd Algerian Investment Conference as the guest of honour, discussed new bilateral steps in the fields of energy and mining with his Algerian counterpart, Minister of Energy and Mining, Mohamed Arkab.

They both agreed to encourage and support the joint work and existing joint ventures between the two countries and the establishment of the new company.

Last year, Algeria and Turkiye embarked on a joint project in the petrochemical field, in which a petrochemical factory was founded in the southern Turkish city of Adana.

The project was initiated in October 2021, with the partnership of Ronesans Holding from Turkiye and Sonatrach.

The trade volume between Turkiye and Algeria, which was around $4 billion last year, will expand to $5 billion by the end of the year.

Based on a presidential decree issued in May during Algerian President Abdelmadjid Tebboune’s visit to Turkiye, they target a further expansion to $10 billion as soon as possible, Donmez said.

The Minister also met with Tebboune to discuss increasing trade ties. Approximately 1,500 Turkish companies operate in Algeria, and Donmez said that there is potential for growth.

“Joint works are being carried out not only in economic areas, but also in cultural and political areas, and especially in the defence industry. We will continue our work uninterruptedly in line with this vision put forward by both leaders (Erdogan and Tebboune),” Donmez added.

READ: Turkiye is one of the biggest investors in Algeria, says President Tebboune