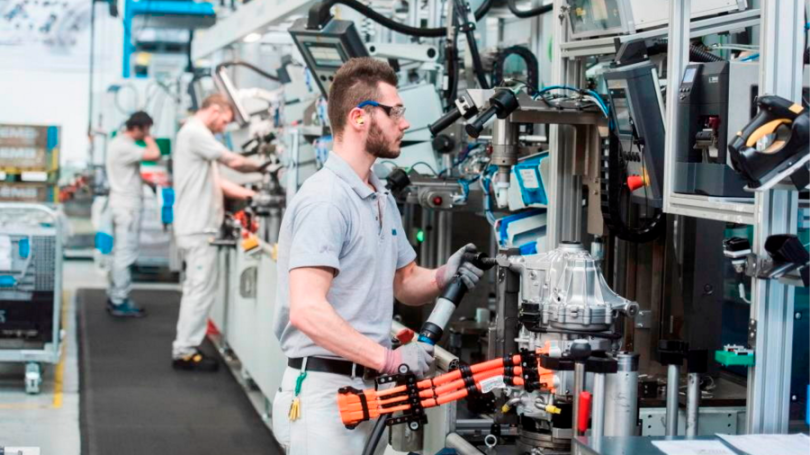 Melrose Industries plans to spin off the GKN automotive division as a new UK-listed company as it breaks up one of Britain’s oldest engineering businesses.

The FTSE 100 turnround specialist, which acquired the car parts and aerospace components manufacturer in a bitter £8bn takeover in 2018, is expected to confirm the move on Thursday.

Under the plan, Melrose will separate GKN’s automotive and smaller powder metallurgy businesses from its aerospace arm through a demerger of shares, according to people familiar with the situation.

The automotive company, one of the world’s leading suppliers of vehicle driveshafts, will aim to trade on the London Stock Exchange next year under a yet-undecided name.

Melrose will retain ownership of GKN Aerospace, a leading “tier one” supplier of airframe structures and engine components for aerospace and defence companies including Airbus and Rolls-Royce.

The move will give the automotive unit freedom to raise money in order to pursue acquisitions across the sector, which is expected to consolidate as suppliers come under greater pressure amid the shift towards electric vehicles.

About half of the new orders in GKN’s driveshaft business are for parts for electric models, which are made in the same factories as those that go into engine-driven cars.

The company has said it expects that 45 per cent of its work by 2025 will be for electric vehicles, which carry higher margins than its traditional contracts.

One-third of its automotive business is in Europe, with the majority in the US, where the shift to electric cars is expected to be slower, as well as operations in China.

Melrose, which had a market value of £5.6bn at close of play on Wednesday, is likely to fall out of the FTSE 100 index as a result of the split.

The demerged automotive group will account for approximately two-thirds of Melrose’s current projected revenues for 2022 of more than £7.5bn.

Liam Butterworth, the chief executive of GKN Automotive, is expected to become the head of the demerged business, with a separate chair to be appointed.

The demerger will finalise the break-up of GKN, one of Britain’s oldest engineering names that traces its roots to the late 1700s with the founding of an ironworks in south Wales.

Melrose, a turnround specialist with a loyal following in the City, acquired the company in 2018, sparking concerns from critics that it would dismantle the conglomerate.

The company, led by chief executive Simon Peckham, argues that it spots underperforming manufacturing businesses, restructures them and sells them. It has generated substantial returns for executives and shareholders over the years.

Under the terms of the takeover, Melrose gave a government undertaking not to sell the aerospace business for five years. That pledge expires next year.

Peckham has previously said the group would consider a break-up of GKN when the time was right and held out the prospect of a separate flotation for either the automotive or aerospace business.

The company in March said the turnround of the automotive business would be largely completed this year.

The recovery of the aerospace unit, which has been affected by the coronavirus-induced downturn in the aviation industry, is lagging behind, although Melrose told investors in June that its restructuring efforts were on track and gave a bullish assessment of the business.

It said at the time that it expected an annual revenue growth rate of 7 per cent to 2030 for the aerospace business, with a faster rebound predicted by 2025.