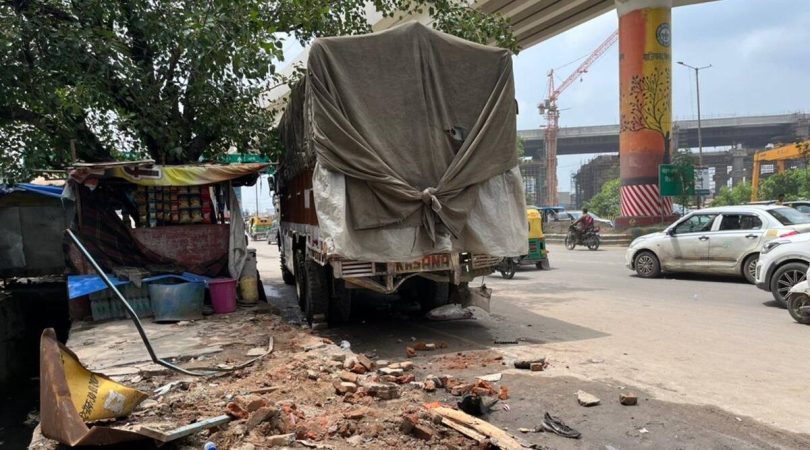 Two men died and eight were injured after a cement truck allegedly rolled backwards on a slope and crashed into two auto rickshaws and a motorcycle behind it near Naya Bus Adda flyover early Saturday, Ghaziabad Police said.

The deceased have been identified as Sunil (in his 30s) and Vishal Yadav (28), police said.

“As per preliminary investigation, around 12.30 am, a truck overloaded with cement was on Naya Bus Adda flyover when it rolled backwards and crashed into two autos and a motorcycle. The driver of the auto immediately behind the truck and a passenger died on the spot while eight persons were injured. The truck driver fled,” said the SHO of Kotwali Nagar police station.

Additional Superintendent of Police City-1, Nipun Aggarwal, said the eight injured persons were taken to MMG District Hospital at Ghanta Ghar and some were referred to GTB Hospital in Delhi.

The injured men have been identified as Yogesh Giri (38), Girish (32), Deepchand (32), Israr (42), Sameer, Jagmohan Singh, Yogendra (33) and Monu (24). Yogesh and Girish were treated at MMG hospital while the rest were referred to GTB.

According to the CMO on duty at GTB Hospital, Israr, Yogendra, Sameer and Monu have been discharged while Deepchand and Jagmohan, who had been referred for further treatment, left without informing anyone.

The bodies of the deceased were sent to Hindon mortuary and they will be handed over to their families after the post-mortem is completed, police said.