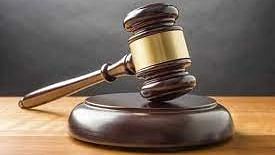 A sessions court in Dindoshi has rejected the anticipatory bail plea on Saturday of two directors of an automobile firm for cheating vehicle dealers after promising sub-dealership of Honda Activa.

The relief was denied to Anil Parekh and Vishal Parekh of Parekh Automotives Pvt. Ltd. by Additional Sessions Judge A. R. Qureishi. A detailed order is awaited. The case against the duo and others of their firm had been lodged at Vanrai police station under Indian Penal Code sections 420 (cheating), Sec 409 (criminal breach of trust) and Sec 34 (common intention).

The two had approached the sessions court apprehending arrest on Sep 21. During the proceedings, the court was informed by the police that the two accused were in judicial custody in a similar offence lodged at another police station. The complainant had also sought to be heard by the court while deciding their pleas and had been permitted by it to intervene and oppose relief to them. On Friday, the court heard all sides and posted the matter for order on Saturday, when it rejected their relief to them.

Adv Chandrakant Ambani of C.A. Legal appearing for the complainants had told the court that the duo and other co-accused of the firm who operates showrooms in Malad and Sion, had approached them and lured them by offering sub-dealership of Honda Activa. In the complaint lodged at Vanrai police station, two complainants have alleged that they were duped of Rs. 1 crore and 1.20 crore each. After the advance payment was made for the two-wheelers, they complained that the firm made excuses but did not deliver the vehicles.