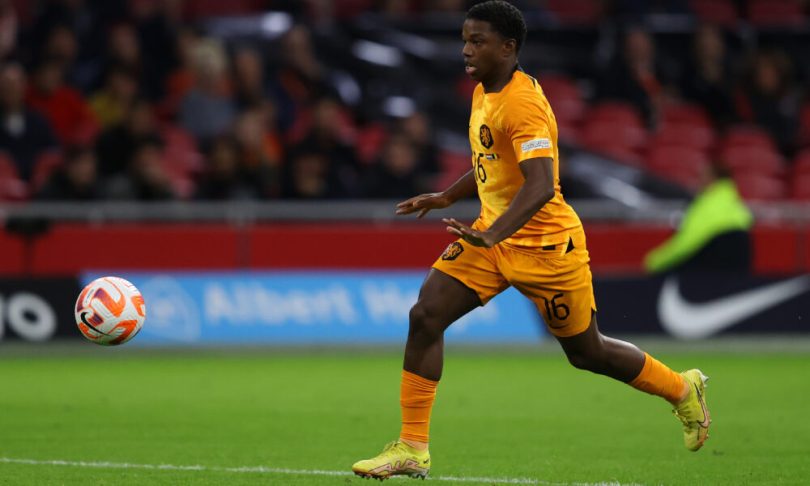 Tyrell Malacia starred on international duty as Netherlands claimed a 1-0 victory over Belgium to book a place in the Nations League finals.

The 23-year-old wasn’t part of the starting XI but Louis van Gaal featured him as a second-half substitute.

The Dutch boss assigned him the difficult job of stopping Manchester City star Kevin De Bruyne, who is regarded as one of the finest creative players in the world.

However, the talented left-back excelled in the role as De Bruyne couldn’t get the better of him.

Virgil van Dijk was arguably the best player in the match for the Netherlands, with the Liverpool defender posting impressive numbers and also scoring the goal.

However, Malacia also impressed with his performance, despite being deployed in an unconventional left centre-back position.

He made a tackle and a clearance while completing an impressive 94.7 percent of his passes (as per WhoScored).

Luke Shaw has lost his place to Malacia who arrived at Old Trafford in the summer from Feyenoord.

The England international started the first two Premier League matches this season but he has been on the bench ever since, with Erik ten Hag preferring the Dutchman.

No one can blame Ten Hag as Malacia has been impressive at left-back for United.

The Red Devils have won all four matches when the 23-year-old started the game.

There had been some hope for Shaw that if the Dutch boss switches his system, he could be given a chance.

However, Malacia’s latest display against Belgium proves that he can also play the hybrid role of left-back and centre-back very well.

On that basis, Shaw has a very slim chance of regaining his position in the team anytime soon.