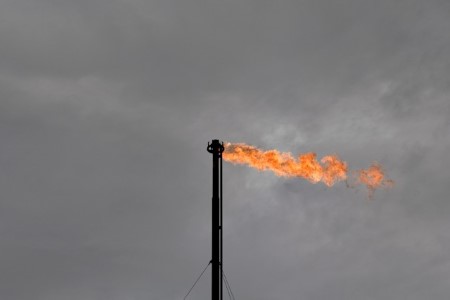 The contract fell about 9% last week, its biggest weekly loss since late June and the first time it fell for three weeks in a row since early July.

“The gas market has seen some pretty explosive volatility lately, so short-term fundamental shifts like that might have less of an impact. Some traders might just feel the sell-off of early September has gone too far,” said John Abeln, analyst with data provider Refinitiv.

Data provider Refinitiv projected average gas output in the U.S. Lower 48 states at 98.9 billion cubic feet per day (bcfd) for the current week, slightly lower than the 99.3 bcfd in the prior week. But this was well above the five-year average of 87 bcfd.

However, some analysts said there did not seem to be any clear fundamental driver at this point for the current uptick, although a break above technical resistance seemed to trigger fresh buying.

So far this year, gas futures were up about 124% as higher prices in Europe and Asia keep demand for U.S. LNG exports strong. Global gas prices have soared due to supply disruptions and sanctions linked to Russia’s Feb. 24 invasion of Ukraine.

The rise in gas futures, meanwhile, came despite the ongoing outage at the Freeport liquefied natural gas (LNG) export plant in Texas, which has left more gas in the United States for utilities to inject into stockpiles for next winter.

Freeport, the second-biggest U.S. LNG export plant, was consuming about 2 bcfd of gas before it shut on June 8. Freeport LNG expects the facility to return to at least partial service in early to mid-November.

“One particularly bullish catalyst that has helped to underpin gas futures prices this summer is exceptionally robust powerburn for the last few months, especially as there has been a notable absence of wind generation,” analysts at Gelber & Associates said in a note.

But as temperatures pull back toward more “demand neutral” conditions across most of the U.S., storage should begin to see some impressive weekly gas for the duration of the refill season, they added.