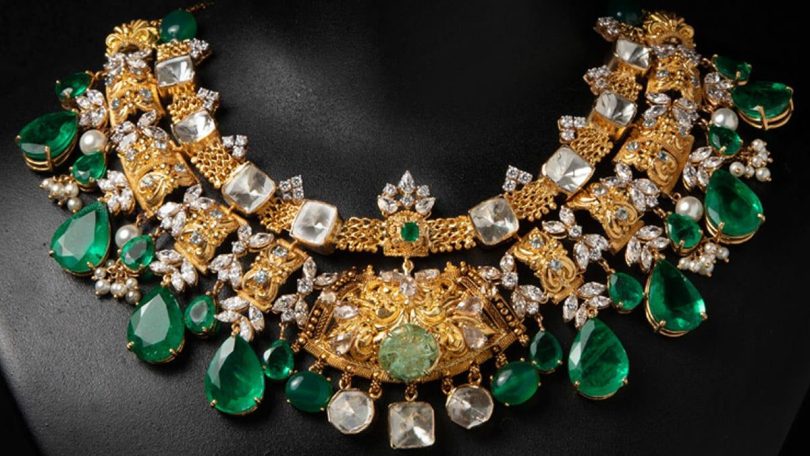 The UAE is an important export market for Indian gems and jewellery, accounting for around 15 per cent or USD 5.8 billion in FY 2021-22, according to a top official of an industry body.

Colin Shah, Chairman of the Gem and Jewellery Export Promotion Council (GJEPC), said that India’s plain gold jewellery exports to the UAE jumped 63 per cent to 135.27 million in May and 59 per cent to USD 116.70 million in June this year on a year-on-year basis.

“I believe that the fruition of the Indo-UAE CEPA will spur many more such opportunities for our traders to connect and network, as evidenced by the immediate spike in bilateral gem and jewellery trade, especially plain gold jewellery, post the trade agreement’s enforcement on May 1 this year,” Shah said, urging buyers from the UAE to visit the India International Jewellery Show (IIJS) Premiere event next month in large numbers.

Shah was speaking at an event organised by the GJEPC and the Indian embassy in the UAE, which was the first-ever IJEX BSM in conjunction with this year’s IIJS Premiere roadshow on July 19 here.

The event saw leading retailers from the UAE connecting with top gem and jewellery manufacturers from India.

Sunjay Sudhir, Ambassador of India to the UAE, said the bilateral trade between India and the UAE was doing well.

“Last year it accounted for USD 73 billion and our goal is to achieve USD 100 billion in the next few years, but I am very confident that after the implementation of CEPA and the way things are going, we will achieve this target well before time,” Ambassador Sudhir said.

Omar Khan of the Dubai Chamber of Commerce and Industry said the recent agreement signed between India and the UAE was a significant achievement as far as it concerned both the countries.

“It is really going to give further traction to the trade between both countries. We have a very high, ambitious target to achieve a bilateral trade of USD 100 billion, and I am sure the gem and jewellery trade will contribute in a big way. Indian gems and jewellery and their craftsmanship is very popular here in UAE,” Khan said.

The platform “India Jewellery Exposition Centre (IJEX)”, which was unveiled in March this year, enables GJEPC members to display goods and book orders throughout the year.

The platform will organise exhibitions all 365-days of the year, promoting specific categories of ”Made in India” gems and jewellery, divided into four seasons, each lasting three months.

The first IJEX BSM was also an attempt to promote IJEX among the trade members in UAE.

GJEPC will organise the 38th edition of IIJS Premiere from August 4 to 8 this year in Mumbai, and it will witness more than 1790 exhibitors, showcasing a range of products including Gold and Gold CZ Studded Jewellery; Diamond, Gemstone and Other Studded Jewellery; Loose stones, CVD; Silver Jewellery, Artefacts and Gifting Items; Laboratories and Education; and Machinery and Allied, etc.

The show will have an anticipated turnout of 40,000 plus business visitors from 800+ cities in India and 80 other countries.