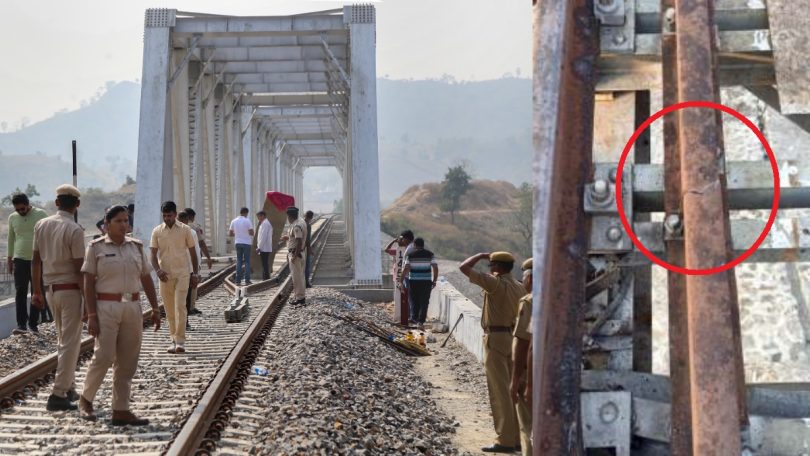 Udaipur Railway line blast: The railways completed the repair work of the train track at Odha bridge near Kewda Ki Naal at 3.30 am on Sunday night after an explosion occurred on the track yesterday.

The explosion occurred on a railway track on Sunday, hours before the recently inaugurated Asarwa-Udaipur Express train from Ahmedabad was to pass. Police said they are investigating all angles, including sabotage.

As a precautionary measure, a trial run of a railway engine was done after the repair work, informed North Western Railway CPRO Shashi Kiran.

Officials said mining explosives were used in the blast at Odha bridge near Kewda Ki Naal, which comes under the Jawar Mines police station of Udaipur.

“Local people informed us about the explosion in the morning. We have found some explosives on the track and efforts are being made to identify those responsible,” Station House Officer (SHO) Anil Kumar Vishnoi said.

Railway Minister Ashwini Vaishnaw said the blast was reported about 35 km from Udaipur.

“We have our best on the spot – ATF, NIA and RPF. The accused will be severely punished,” he said. The bridge restoration team is also on the site.

Mishra said efforts were being made to identify and arrest those responsible.

“Necessary action is being taken in coordination with railway officials,” he said. The DGP further said that central agencies were cooperating in the probe.

Teams of the Forensic Science Laboratory and the Anti-Terrorist Squad (ATS) visited the spot and conducted investigations.

Another police official said a “Superpower 90” detonator was used for the explosion.

“The blast appears to be well-planned. Due to the alertness of the local people, the matter came to light and a major incident was averted,” he said.

Prime Minister Narendra Modi had flagged off the inaugural run of the Asarwa-Udaipur Express from the Asarwa railway station in Ahmedabad on October 31.

Following the explosion, the train was halted at the Dungarpur station, a railway spokesperson said.

Udaipur Superintendent of Police Vikas Sharma said all angles, including sabotage, were being probed and the work to restore the tracks was underway.

Police and railway officials are also at the spot for the investigation, the SHO said.