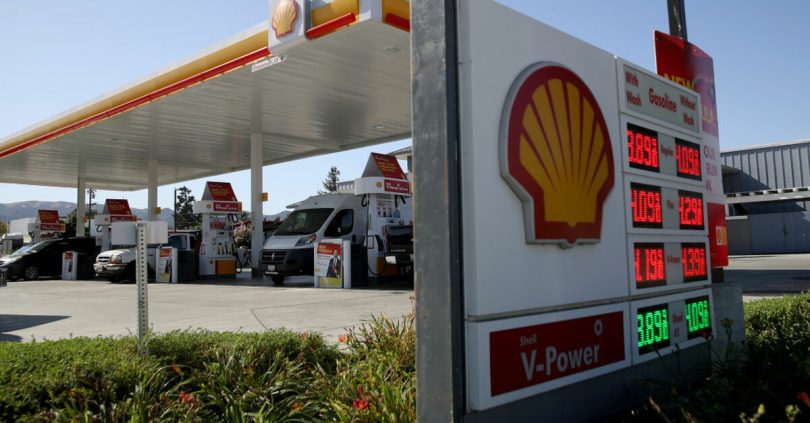 The British government announced on Thursday it is increasing the windfall tax on the profits of oil and gas companies, including BP (BP.) and Shell (RDSa), and extending it to power generation firms, in a bid to help tame inflation and rein in a growing deficit.

What is your sentiment on Oil – Crude?

Give Oil – Crude a try

In his Autumn Budget statement, Chancellor Jeremy Hunt revealed the levy would be increased to 35% from January 2023 to March 2028 – and said electricity generators will also have to pay a new temporary levy of 45%.

The move will help the government plug a £35bn budget hole as it battles the cost of living crisis.

As it stands, oil and gas companies operating in the UK and the UK Continental Shelf are already required to pay a windfall tax. However, the Energy Profits Levy is currently charged at 25% and has been applied to profits arising on or after 26 May 2022.

Impact of an increased windfall tax?

Piero Cingari, market specialist at Capital.com, shared his view on the announcement.

“The UK government declared that from January of next year until March of 2028, the windfall tax on oil and gas corporations will be raised to 35% from 25%. They have also stated that this tax charge should be temporary, aimed at gains resulting from unusual events, and should not skew private investments. The goal is twofold: on the one side, the government required money to repair budget gaps, and on the other, it is a strategy to redirect investment into renewables.

“The good news is that rising levies on the oil and gas industry now increases the (indirect) incentives to invest in renewable energy. The bad news is that this action does not address the short-term issue of oil and gas undersupply because it prohibits oil and gas businesses from investing more in order to increase production efficiency and abundance. Because of this, it might make oil and gas prices go up instead of down,” Cingari added.

Shell (RDSa) recently supported the windfall tax, as recently reported by Capital.com, which analysts said was a way for the group to ramp up its ESG strategy.

“One way or another there needs to be government intervention that somehow results in protecting the poorest,” Ben van Beurden, Shell’s chief executive, recently told an energy conference.

However, critics of the tax say it will hurt the energy transition.

“If you raise the costs on energy producers, it will decrease investment so that goes against the intent of increasing suppliers and making energy more affordable,” Chevron’s chief financial officer, Pierre Breber,  previously warned.

The subsequent implementation of a higher windfall tax comes off the back of robust third-quarter results from energy majors, including Shell (RDSa), Exxon Mobil (XOM), TotalEnergies (TTEF), BP (BP.) and Chevron (CVX).

TotalEnergies SE (TTEF) reported an adjusted net income of $9.9bn, more than double its $4.77bn profit for the same period a year ago, helped by higher LNG prices and sales.

Shell posted adjusted earnings of $9.5bn for the three months through to the end of September – more than double its reported earnings of $4.1bn for the same period in 2021, while BP made $8.2bn between July and September, also more than double its profit for the same period last year. The group said it expected to pay $800m in UK windfall taxes in 2022.

Exxon announced a profit of $19.7bn in Q3 – nearly triple the amount made in the same quarter in 2021, while Chevron posted a profit of $11.2bn in its third-quarter. The figure was down slightly on its second-quarter results but still almost double the $6.1bn it announced in the same period in 2021.

Ahead of the statement from the Chancellor, analysts at Jefferies said in an email to note clients on Tuesday that it had put together an illustrative scenario implementing conditions of a possible increase in the windfall tax.

In lieu of the development, the group refreshed its Drax (DRX) and Centrica (CNAI) models.

“It remains unclear how “excess returns” will be defined, which is essential to any assessment of the type of windfall tax outlined by the press. Nonetheless, we set out a simple illustrative scenario where we consider an additional 40% levy on mark-to-market upside relative to a conservative £60/MWh baseline scenario. We apply this levy to the pre-tax power generation profits of Centrica’s nuclear plants and Drax’s biomass generation fleet. Alongside this, we assume an additional 10% tax (bringing overall tax on O&G to 75%) on Centrica Oil & Gas pre-tax earnings (CSL + Spirit Energy).

“Under such a scenario, CNA’s current share price implies 8-9x P/E over FY23/24, which compares to the 3Y average 1Y forward P/E of 11x. Our EPS forecasts for Drax in such a scenario implies 5-7x P/E for the current share price, vs the 3Y average 1Y forward P/E of 13x. This suggests to us that the downside from regulation/windfall taxes has largely been priced in — we believe that both names will benefit from visibility and a balanced outcome, following Thursday’s update,” Jefferies analysts said.

The equity research note also highlighted that nothing had been confirmed officially, at the time of writing, and as a result the analysis was merely illustrative.

There are currently no responses for this story.
Be the first to respond.