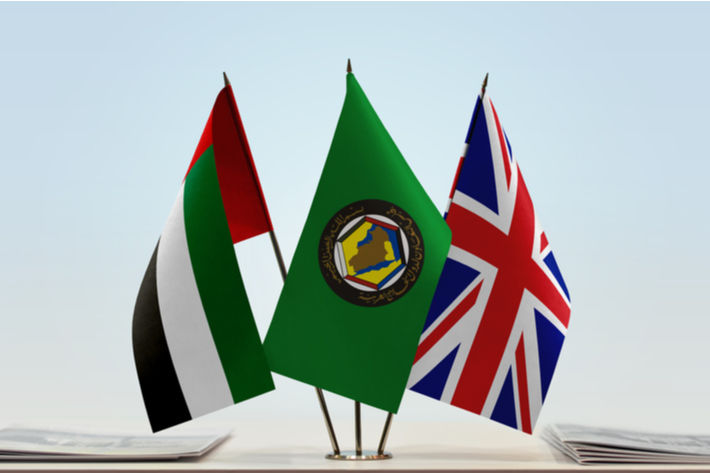 UK trade secretary Anne-Marie Trevelyan has launched free trade negotiations today between the UK and the Gulf Cooperation Council (GCC), made up of Bahrain, Kuwait, Oman, Qatar, Saudi Arabia, and the UAE. UK manufacturing and renewable energy sectors are expected to benefit from the new agreement.

Equivalent to the UK’s seventh largest export market, the GCC bloc’s demand for international products and services is expected to grow rapidly to £800 billion by 2035, a 35 per cent increase – opening huge new opportunities for UK businesses, the government of UK said in a press release.

A free trade deal would also open the door to increased investment from the Gulf, supporting and creating jobs across the country.

UK trade secretary Anne-Marie Trevelyan has launched free trade negotiations today between the UK and the Gulf Cooperation Council (GCC), made up of Bahrain, Kuwait, Oman, Qatar, Saudi Arabia, and the UAE. UK manufacturing and renewable energy sectors are expected to benefit from the new agreement. GCC is equivalent to the UK’s seventh largest export market.

In a visit to Riyadh, Saudi Arabia, the secretary of state will meet the GCC secretary general, Dr Nayef Falah M. Al-Hajraf, and her counterparts from all six GCC countries, to launch talks expected to culminate in a trade deal worth £1.6 billion more a year to the UK economy.

It is the fourth major set of Free Trade Agreement (FTA) negotiations launched by the Trade Secretary this year, following visits to begin talks in India in January, Canada in March, and the launch of negotiations with Mexico last month.

“Today marks the next significant milestone in our 5-star year of trade as we step up the UK’s close relationship with the Gulf. Our current trading relationship was worth £33.1 billion in the last year alone. This trade deal has the potential to support jobs from Dover to Doha, growing our economy at home, building vital green industries and supplying innovative services to the Gulf,” said UK trade secretary Anne-Marie Trevelyan.

With almost £30 billion already invested in each other’s economies, this deal would also help unlock even more opportunities for investment between the UK and GCC countries.

Gulf investments supported over 25,000 UK jobs in 2019 – a number that tripled over the previous decade – and analysis shows the East Midlands, West Midlands, North East and Yorkshire and the Humber will be in line for the greatest proportional gains when the ink dries on a new deal. The deal would also be estimated to boost the economies of Scotland, Wales and Northern Ireland by almost £500 million collectively.

Stephen Phipson, CEO of Make UK, the manufacturers’ organisation, said: “We welcome the launch of free trade negotiations with the Gulf Co-Operation Council, strengthening trade opportunities which will ensure that British manufacturing benefits from future positive flows of goods and services into the Gulf region.

“It is also extremely helpful that the UK and GCC are committed to work towards seeking the opportunities from ‘green innovation’, which will bring significant opportunities for Britain’s innovative renewable energy companies which are already leading the way in this area of global concern. We look forward to working with government to make sure manufacturers large and small are able to benefit from the business possibilities this deal will open up.”

Around 10,700 small and medium-sized businesses from every UK nation and region exported goods to the GCC in 2020, with SMEs accounting for more than 85 per cent of total UK goods exporters to Qatar, Saudi Arabia and the UAE.

RenewableUK’s CEO Dan McGrail said: “The global transition to clean energy includes countries throughout the Middle East which are seeking to make the most of their excellent renewable resources such as solar and wind. As a global leader in wind, marine energy and green hydrogen, we’re perfectly placed to help other countries to accelerate their efforts to decarbonise their energy systems – and to boost our own economy by exporting around the world.”

The UK-GCC deal would also mean significant benefits for British farmers and producers, as the Gulf is highly dependent on imported food.