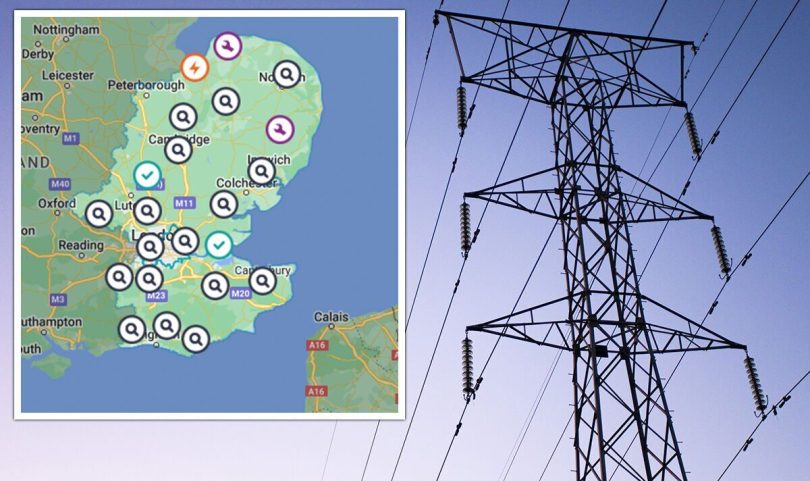 Much of the power cuts taking effect across the South East appear to have been unplanned, with UK Power Network’s website citing faults which occurred on underground electricity cables affecting several local areas. Up to 514 households were affected by power cuts in Essex, including in the town of Chelmsford, which reportedly had its power restored at 7:38am.

Hundreds of households were affected in Surrey too, also reportedly due to a cable fault on a high voltage network, sparking an area-wide power cut.

In one Surrey area, the village of Mayford, up to 459 customers were reportedly affected across 16 postcodes, as indicated on UK Power Network’s Power Cut map.

In Suffolk, up to 58 households were affected across a number of areas on the outskirts of Ipswich.

A number of areas in Greater London were also affected, including Beckenham, Eltham, East Ham, Hornchurch and Enfield.

East Sussex was also affected, including parts of Hastings and the village of Wartling.

READ MORE: UK heatwave: Expert reveals how to save your home from BOILING

The last major power outage in the UK was back in August 2019, when lightning struck two different power stations in a freak occurrence.

One million people were left without power for a few minutes, but it caused major disruption to transport, homes and businesses.

The Met Office explains that you should contact your Electricity Distribution Network Operator (DNO) in the event of a cut, which is responsible for maintaining the physical electricity supplies to homes and businesses.