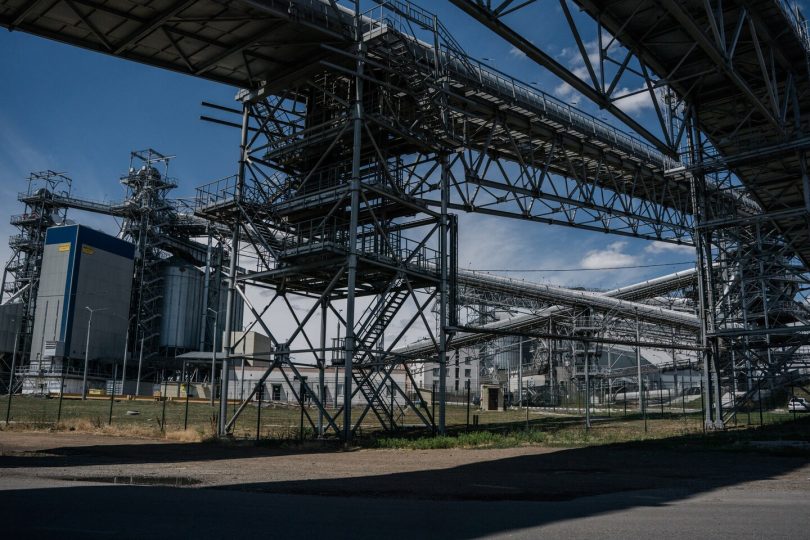 ODESSA, Ukraine — Dmytro Podrezov’s booming logistics company once sent tens of thousands of tons of grain by ship each year from the port city of Odessa to customers around the world, but the war changed everything.

With the port now cut off by a Russian naval blockade, the commodity that accounted for at least a third of his company’s revenue is crammed into scarce rail cars and sent by lumbering trucks to meet an insatiable global demand.

Friday’s announcement of a deal brokered by the United Nations and Turkey to export grain trapped in Ukrainian ports in the Black Sea offered Podrezov a moment of hope.

But less than 24 hours after the deal was finalized, two Russian missiles struck the port in Odessa.

“It’s as if the left hand doesn’t know what the right hand is doing,” said Podrezov, who runs the logistics company Celeste Marine. “The Russians took the U.N. agreement and pissed on it.”

Saturday’s missile strike drew international condemnation after weeks of growing optimism that an agreement would allow for the safe export of grain and ease a mounting global food crisis. And it was a blow to those in Ukraine whose livelihoods depend on the shipping and selling of grain abroad.

Ukraine’s priority is exporting the 20 million tons of grain from last year’s harvest that has been stuck in storage. Alternative routes — through river ports on the Danube or by rail or road to Poland — have created logistical headaches due to long queues and the high cost of fuel. With its Black Sea ports blockaded, Ukraine was exporting about 2 million tons of grain a month — about a third the amount of previous years, according to Agriculture Minister Mykola Solskyi.

Before Saturday’s attack, “The market was cautiously optimistic,” according to Odessa-based grain broker Viktor Korobko, whose company VEA Brokers connects buyers and sellers of grain worldwide.

In the past month, he noticed a large uptick in the movement of wheat by rail car to the port of Odessa from other parts of the country, which he saw as a sign that a deal was near. He remains hopeful that Friday’s accord can be implemented, but the attack has created uncertainty.

Hours after the agreement was signed in Istanbul, a fellow broker was able to secure a deal with a Turkish company to transport grain from Odessa. The next day, the ship’s owner backed out, spooked by the prospect of further strikes.

“He wouldn’t go at any price,” Korobko recounted. “Who wants to take that risk?”

Andrey Stavnitser, co-owner of Ukraine’s largest port, TIS, near Odessa, understands those risks. For months he paid the salaries of his employees despite the port closure, eventually exhausting the company’s resources.

His company has begun the painstaking process of preparing to resume grain exports, offering workers hazard pay. He believes the private sector is willing to accept the risk, and that the first group of ships will depart as planned in the coming days barring another attack on port infrastructure.

“The demand is super high. Everybody in the chain — farmers, traders, producers — are eager to get some money into the country,” he said.

But even though the agreement is backed by the Turkish government, he fears there is no plan in place if a ship comes under fire.

“What is the value of Turkey’s guarantees? This is the biggest question right now,” he said. “Nobody’s going to shoot back if somebody gets killed.”

“I’m still hopeful, but all these signals make me less hopeful,” he said.

Others like Anna Khokholkova, director of Greymar, an Odessa-based logistics company, are even more pessimistic.

“This agreement makes sense if they can provide the safety for the vessels for the procedure of loading. After the situation on Saturday, we saw this isn’t possible,” she lamented.

She said desperate terminal workers are willing to risk their lives to feed their families, but she has refused to put them in harm’s way by asking them to load grain onto ships. She is waiting to see how the process plays out before arranging any exports of her own.

“We want to work,” she said, “but we can’t send them out tomorrow [if] they won’t make it back alive.”

Despite the Russian attack, the agreement is moving ahead. A Joint Coordination Center set up to manage the shipments will be opened Wednesday in Istanbul. And Ukraine’s Ministry of Infrastructure has begun organizing vessels to join a “caravan” of ships willing to export grain from the three ports covered by the agreement.

Ukrainian media reported that the first convoy of ships is expected to depart this week from the Chornomorski Port, south of Odessa. President Volodymyr Zelensky said Monday that the onus is on Turkey and the United Nations to ensure their safety: “We will start exporting, and let the partners take care of security,” he said.

The deal includes security assurances for both Ukraine and Russia, which agreed not to “undertake any attacks against merchant vessels and other civilian vessels and port facilities” tied to the initiative. Pilot ships will guide private vessels within Ukrainian territorial waters through a corridor cleared of underwater mines by the Ukrainian navy.

Everyone here is clear-eyed about the risks.

“We are in a state of war that sadly hasn’t ended yet, this initiative doesn’t change that fact,” said Yurii Vaskov, a deputy minister in Ukraine’s Ministry of Infrastructure. “How can we guarantee the safety of people in a country that is attacked by rockets every day?”

Khurshudyan reported from Kyiv. Anastacia Galouchka contributed to this report.