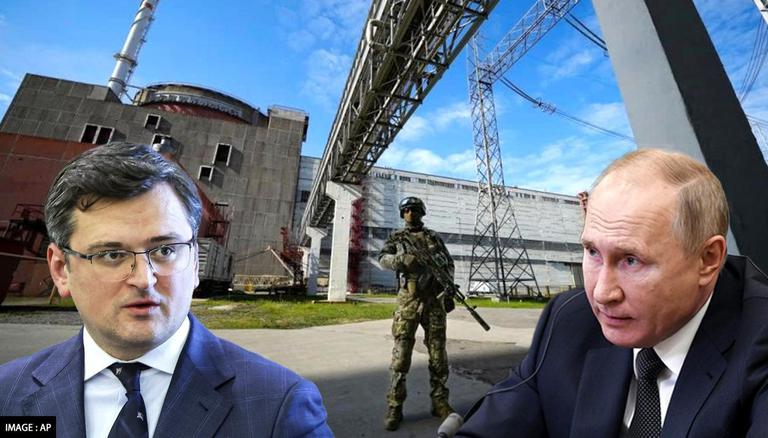 Amid the ongoing war between Moscow and Kyiv, the Ukrainian Foreign Ministry has condemned the actions of Russian forces on the territory of the Zaporizhzhia Nuclear Power Plant. Ukraine has called on the international community to “urgently” take steps to force Russia to liberate the nuclear power plant. The artillery shelling of the territory near the plant was reported on August 5, as per the ministry.

The Ukrainian Ministry claimed that artillery shelling was reported after the military trucks and SUVs carrying weapons were moved to the premises of the first and second blocks of the Zaporizhzhia Nuclear Power Plant site. Ukraine’s ministry said that the high-voltage power supply line of the ZNPP has been damaged due to three recorded hits. It pointed out that Russian President Vladimir Putin at the Review Conference of the Treaty on the Non-Proliferation of Nuclear Weapons announced that Russia has no intention to use nuclear weapons in Ukraine. However, the Foreign Ministry of Ukraine underscored that Russia has made numerous provocations at the nuclear facility.

Meanwhile, Ukrainian President Volodymyr Zelenskyy said that Russian armed forces twice fired at the Zaporizhzhia Nuclear Power Plant on August 5. In his nightly video address on August 5, Zelenskyy termed the Russian shelling at the nuclear facility “an open, brazen crime and an act of terror.” He asserted that Russia needs to bear responsibility for posing a threat to the nuclear power plant, according to the statement released by Ukrainian Presidential office. Zelenskyy called for imposing tough sanctions against the Russian nuclear industry, including Rosatom and related companies and individuals. In his nightly address, he said, “The one who creates nuclear threats to other nations is definitely not capable of using nuclear technologies safely.”

Ukraine’s nuclear agency has accused Russia of damaging part of a Russian-held nuclear power plant, BBC News reported. Enerhoatom said that a nuclear-oxygen unit and a high-voltage power line has been damaged at the Zaporizhzhia plant. Ukraine has also accused Russian armed forces of firing rockets at civilian areas from the Zaporizhzhia nuclear power plant site, as per the BBC News report. Enerhoatom warned that there is a “risk of hydrogen leakage” and “dispersal of radioactive particles.” Notably, Russian armed forces have taken the control of Zaporizhzhia plant in March.