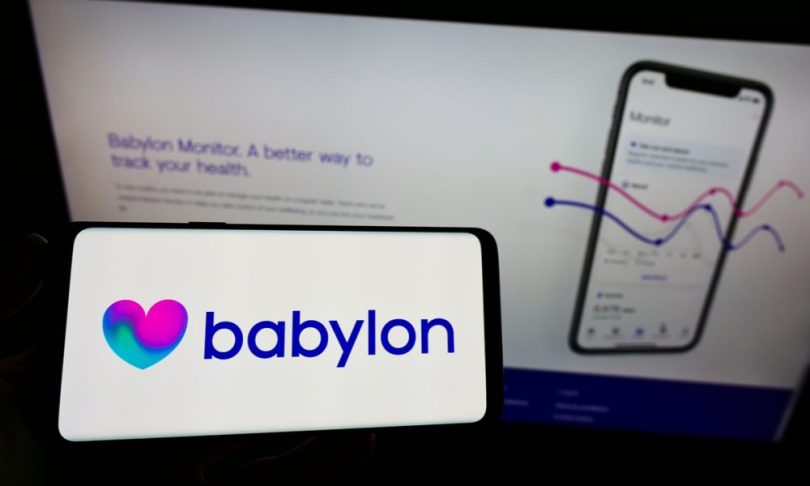 Founded in 2013, the London-based digital-first health company made its foray into the U.S. via a $4.2 billion merger last year, buying a California-based practice, First Choice Medical Group, to push its expansion across the country.

Babylon has since expanded into new states, pinning its hopes on a string of partnerships and acquisitions to help cement its place as one of the leading telehealth providers in the U.S.

“From Q2 revenue growing 4.6x to $265.4 million … to up to 7x increase in the speed of high risk member sign-up, and a 31% ER avoidance in our longest serving VBC contract, to a 7.5% improvement in medical margins in the span of three quarters, almost all our key metrics are performing well,” Ali Parsa, CEO and founder of Babylon, said in a press release.

Babylon’s keen focus on the U.S. market poses the question of why a U.K.-headquartered healthcare company appears so set on establishing itself as a leading player in the American healthcare space.

While Babylon won’t be the first British tech firm to view the U.S. market as the ultimate prize, the nature of healthcare services in the U.K. has made international expansion especially attractive to the company.

When Babylon first went live in 2014, its primary business model was a private subscription service whereby users paid a fixed monthly fee to be able to book remote consultations with Babylon’s in-house physicians. The company’s first big partnership was with the U.K’s largest private health insurance provider, Bupa, which since 2015 has made Babylon available to all policyholders.

But while the Bupa linkup was a key milestone in Babylon’s growth, ultimately, private health insurers have been dwarfed by the U.K.’s biggest healthcare provider, the publicly funded National Health Service (NHS).

Back in 2014, the company’s founder, Parsa, told Wired UK in 2014 that there was no reason the platform couldn’t be used by the NHS, indicating an interest in a partnership deal with the national healthcare system: “Our price includes the price of doctors. If it went as a platform to the NHS it would be pennies per consultation,” Parsa said at the time.

Yet for one reason or another, Babylon would have to wait until 2017 before a deal was signed to provide its “GP [General Practitioner] at hand” service to NHS patients. The initiative has since been relatively successful, but it isn’t the only telehealth technology in the NHS’ arsenal, and Babylon must compete with the increasingly popular provider Livi, a subsidiary of Stockholm-based pan-European telehealth company Kry.

One of the most widely voiced complaints about Babylon’s NHS initiative is that it requires patients to de-register from their existing GP, a factor that led some NHS staff to publicly protest outside a Babylon Health clinic in 2018. Livi, on the other hand, does not require patients to sign up for its services.

And unlike Babylon’s digital-first GP practice, Livi operates more as an auxiliary service to support existing practices, with no need for patients to switch their registered GP.

As PYMNTS has reported, a large part of Kry’s success has come from forging partnerships with national and regional healthcare providers, a tactic that has allowed it to expand its footprint from Sweden to the U.K., Germany, France and Norway.

The Swedish company focuses on training doctors to carry out remote consultations, and then signing service agreements with public healthcare institutions, who then offer their patients remote options through Kry’s platform.

In 2020, the firm introduced a SaaS product in the U.K., partnering with the NHS to deliver telehealth services to patients, and to date has helped over 6 million NHS patients access remote appointments.

Kry’s success in signing these deals with Europe’s public healthcare providers stands in direct opposition to Babylon, which appears to be increasingly pivoting towards privately funded healthcare systems such as that found in the U.S.

As the Health Service Journal reported, Parsa signaled earlier in May that the company is “very cautious” about any further growth of its GP services in the U.K., as it currently loses money on every patient it signs up.

Kry, on the other hand, has shown no indication that it intends to branch out into privately funded healthcare markets. And its current business model has proven strong enough that investors are not holding back.

The company’s Series D funding round in 2021 valued the company at over $2 billion, and just last month, it announced that it had secured a further $160 million to expand its operations across the region.

For all PYMNTS EMEA coverage, subscribe to the daily EMEA Newsletter.