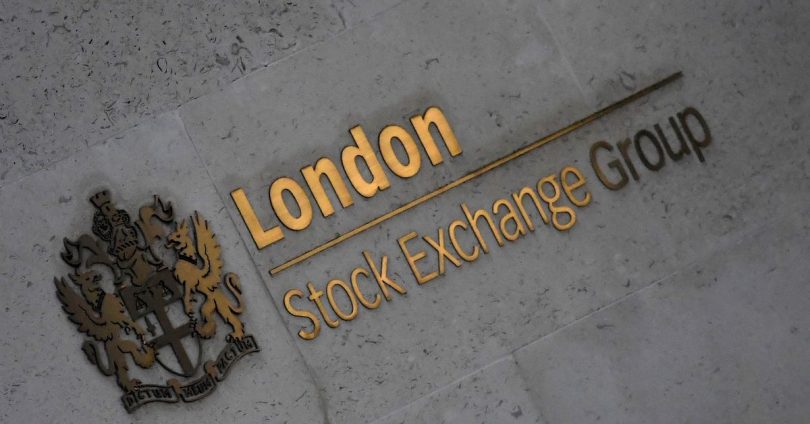 Dec 7 (Reuters) – UK’s export-oriented FTSE 100 climbed on Wednesday as the healthcare sector was boosted by shares of GSK after the drugmaker escaped U.S. lawsuits over its heartburn drug Zantac.

The pharmaceutical sector (.FTNMX201030) rose 3.3% in its biggest one-day percentage gain since late February. A nearly 10% jump in shares of GSK Plc (GSK.L) boosted the index after the drugmaker was spared thousands of U.S. lawsuits claiming that Zantac caused cancer.

“Shareholders in pharmaceutical giant GSK got some timely pain relief. This outcome is probably the best GSK could have hoped for given how comprehensively the judge in the case dismissed the plaintiffs’ arguments,” said AJ Bell investment director Russ Mould.

The mid-cap FTSE 250 (.FTMC) fell 0.2% with Moonpig (MOONM.L) among the top laggards, tumbling 17.5% after the greeting card company cut its annual sales forecast as orders were hit by postal strikes at Royal Mail.

Mitchells & Butlers Plc (MAB.L) gained 4.1% after the pub and restaurant group posted a 53% jump in annual profit as it said recent sales in the new fiscal year were encouraging.

Halfway into the week, markets have been exposed to data that signalled the commercial real estate market is slowing down, while Halifax said house prices saw the biggest monthly drop since October 2008.

“What you’re seeing is that rising rates and the cost-of-living crisis is weighing down on the stocks and there is a risk that we’re going to start seeing a mortgage reset in the UK soon,” said Justin McQueen, senior market analyst at Capital.com.

Markets are expected to react to likely rate hikes by the Federal Reserve and the Bank of England next week. ,