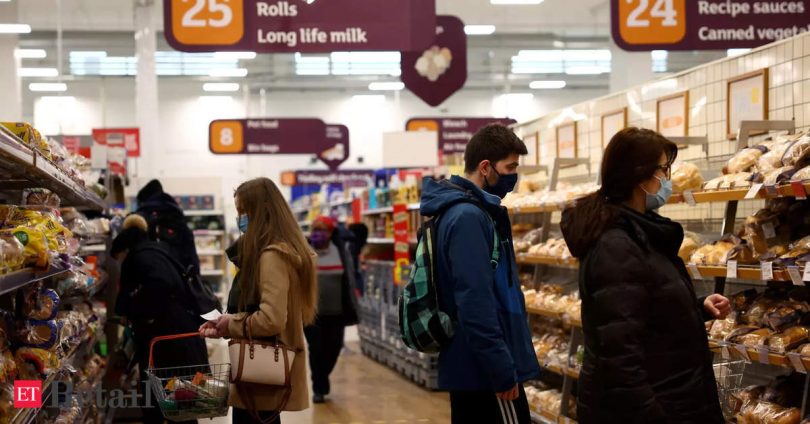 London: British supermarket group Sainsbury’s has postponed all Christmas parties until the new year, fearing the emergence of the coronavirus Omicron variant could lead to higher staff absence levels during the key festive trading period.

There have been 42 confirmed cases of the variant in Britain, which appears to be more transmissible, while tests continue to see whether it causes more severe disease or if vaccines are less effective against it.

Sainsbury’s is one of Britain’s biggest private sector employers with a staff of 189,000, trading from more than 600 supermarkets, over 800 convenience stores plus the Argos chain.

Chief Executive Simon Roberts said the group was doing everything it could to protect Christmas for all its colleagues and customers and keep everyone safe.

“As government guidance on face coverings changed on Tuesday, we have gone above and beyond to put safety first and have asked all of our colleagues to wear a face covering both on the shop floor and in all colleague areas,” he said in a statement.

“We have also asked all of our teams to postpone their celebrations until the new year and we will make sure that no one is out of pocket as a result of this decision.”

Roberts added that talks were held with the store employee representative group before the decision was made.

British retailers are already grappling with delays in international supply chains that are being compounded by labour shortages in domestic transport and warehousing networks, with a lack of heavy goods vehicle (HGV) drivers particularly acute.

The UK government’s current guidance is that there is no need for people to cancel Christmas parties.

However, messages from ministers have been mixed.