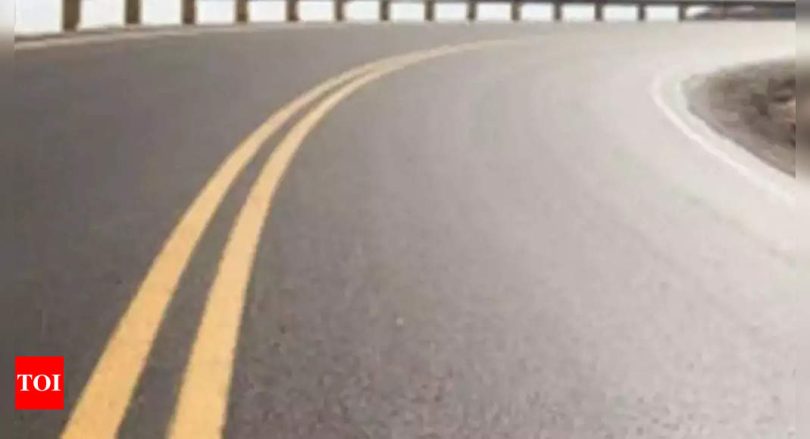 LUCKNOW: Reaching religious destinations in Uttar Pradesh is going to be easy for commuters in future. The public works department has chalked out an action plan for spending Rs 16,000 crore that is going to be provided by the National Highways Authority of India for upgrading the road infrastructure in the state.
The major portion of the funds will be utilised for boosting future prospects of the religious towns, like Ayodhya and Mathura. But the department has also lined up civil works in Barabanki, Amethi, Balrampur, Pratapgarh, Basti, Mirzapur and Prayagraj. Among the new routes that have been planned are bypass routes to improve access to Balrampur with a budget of Rs 250 crore, bypass 2 in Amethi with a budget of Rs 200 crore, bypass 2 in Pratapgarh with a budget of Rs 150 crore. A link route between Dewa in Barabanki to Lakhimpur Kheri.
A new four-lane bridge over the Ganga and a bypass in Mirzapur will be developed with funds worth Rs 700 crore. To monitor the progress and quality of the road construction work, five new divisions (Ayodhya, Jaunpur, Siddharthnagar, Sitapur and Agra) have been set up where senior engineers will be deputed.
Rs 4,000 crore set aside exclusively for Ram Van Gaman marg
Sharing more details, an officer from the PWD said that Rs 4,000 crore have been set aside exclusively to develop Ram Van Gaman marg. Spanning over a distance of 177 km, the Ram Van Gaman marg will link places where Lord Rama spent time after leaving Ayodhya for the 14-year exile.
According to the draft route map, the PWD is going to link Ayodhya to Pratapgarh, Prayagraj, Kaushambi before the route culminates at Chitrakoot. The department is planning to create a resting area on the route for pilgrims to stay. Similarly, the Ram Janaki route that starts in Ayodhya and will go up to Janakpur in Nepal via Basti and Sant Kabir Nagar will be widened to four-lane with a budget of Rs 2,000 crore. Two more religious projects will be to widen and develop the ‘84 kos parikrama’ routes in Mathura-Vrindavan and Ayodhya.
For both the routes, PWD has received funds from the NHAI and will spend Rs 2,000 crore each on the two routes. On both the parikrama routes, a walkway will be created alongside the road. Trees will be planted and sheds and rest areas be set up at regular intervals, said an officer from PWD. He added that within two to five years, all the projects will be included in the list of national highways. Principal secretary of the department, Narendra Bhooshan, said, “The NHAI funds are also going to be utilised for building a flyover and an elevated route over the Ring road in Lucknow which connects Madiyaon to Polytechnic via Jankipuram and Munshipulia.”