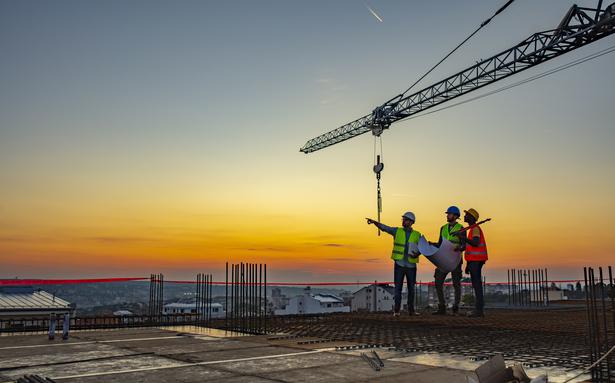 Despite the sharp rise in raw material prices, developers remain cautious about passing on the hikes to customers

Despite the sharp rise in raw material prices, developers remain cautious about passing on the hikes to customers

The world has returned to the path of normalcy after two years of disruptions caused by the COVID-19 pandemic. Restricted human mobility and emergence of new variants kept business activity subdued and real estate — already under stress post reforms such as RERA and GST — was amongst the hardest hit in the early phase. However, fears have been allayed to a large extent by widespread vaccinations made available on a war-footing, and increasing herd immunity.

Over the last two years, despite the pandemic, residential sales have hit record highs. Decadal low home loan interest regime and a change in the attitude by prospective buyers have been a major factor behind this resurgence. The pandemic had imposed restrictions on human mobility forcing people to stay indoors for a large part significantly increasing the perceived value of home ownership. Stamp duty cuts in Maharashtra, West Bengal and Karnataka acted as a booster for the residential sales last year. Aggressive pricing strategy along with spot discounts, financing options and other freebies offered by the developers also aided sales.

What the future holds

Despite all the positive developments in the last two years, the world is going through a rather painful phase due to rising inflation. The Russia-Ukraine war further intensified this struggle and once again cast a shadow on several industries, including real estate. The two countries account for roughly 10% of the global supply of coking coal, which is a key input of steel. This, in turn, has pushed up domestic steel prices.

Apart from steel, which is a key construction material, other materials such as cement, tiles, etc., have risen by nearly 30-40% in the past one year. While the input costs plateaued during the second and third quarters of FY21-22, the ongoing conflict between Russia and Ukraine, subsequent sanctions and disruption of supply-chain across the globe have once again pushed input costs for various raw materials. For instance, reinforcement steel prices have moved up by approximately 63% from December 2019 to March 2022, while cement prices have moved approximately 25% during the same time period.

Another reason for the increase in raw materials like steel, cement, aluminium, PVC and tiles is the recent rise in the price of crude oil. Such key raw materials have become 30-60% costlier over the past two years as a result of global supply chain constraints. The impact of the COVID-related hardships, especially on basic inputs like labour and raw materials such as cement, steel, and diesel (fuel), continue to remain disruptive for the construction industry.

Despite the sharp rise in raw material prices, developers who are taking a hit on their books due to rising costs, remain cautious about passing on the hikes to customers. Builders remain cognisant of the fact that a price hike may impact demand buoyancy. However, we expect that a prolonged increase in input prices will eventually lead to an increase in real estate prices. Several projects may not be as viable in the absence of that.

On the demand front, the uptrend in the real estate sector has been a result of consistent sales across markets over the past year. The pandemic had highlighted the need for a safe living space, and with hybrid work culture seeping in, consumers are increasingly preferring larger homes. Further, unsold inventory is at a record low in most markets thereby allowing for a small price rise.

As per reports, in the ﬁrst three months of 2022, housing sales jumped by 40% year on year. There have been sustained sales on the back of record low-interest rates and reasonably lowered cost of real estate. The industry consensus, therefore, is that even with the near-term dampener, residential real estate is headed for a structural growth after a sustained period of a downtrend.

While the industry is wary of passing on the rise in input costs for fear of losing customers, they may soon be staring at unviable projects if the situation does not come under control over the next quarter.

In the wake of market uncertainties, geopolitical tensions and rising input cost prices, potential homebuyers may have to prepare for a 5-8% rise in prices over the next two to three quarters, but this is not expected to put a spanner in the upcycle of the residential real estate sector.

As a result, the inflationary pressures may create a temporary blip in demand. However, we do not expect them to significantly impact the uptrend in the residential sector that began in 2021.