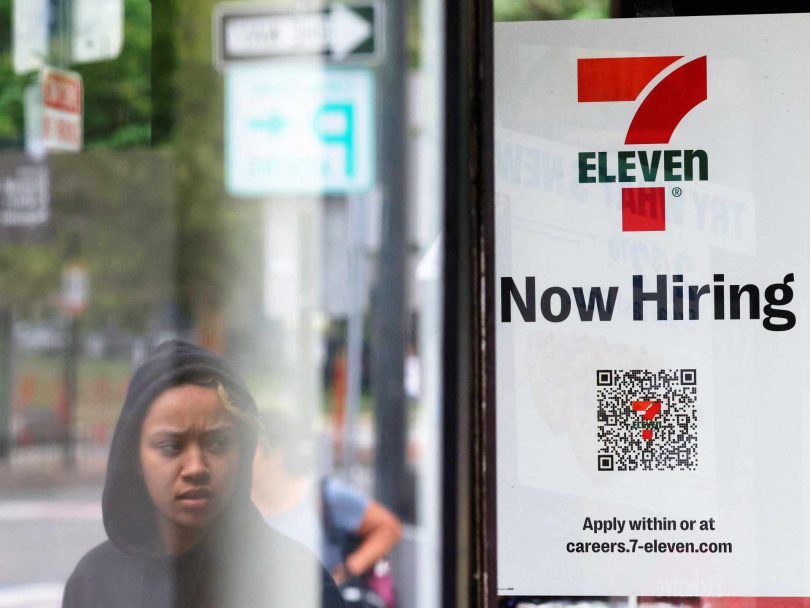 The number of job openings in the United States has fallen less than expected in November as the labour market remains tight, which could see the Federal Reserve raise interest rates more than currently anticipated to tame inflation.

There was, however, encouraging news in the fight against inflation. A survey from the Institute for Supply Management on Wednesday showed prices paid by manufacturers for inputs dove in December to their lowest level since February 2016 if a plunge early in the COVID-19 pandemic is discounted.

The Fed is engaged in its fastest interest rate-hiking cycle since the 1980s as it tries to dampen demand, including for labour, to quell inflation. Last month, the US central bank projected interest rates could rise to a peak of 5.1 percent. But persistent labour market tightness has led economists to expect that borrowing costs would increase to a much higher level and remain there for while, which could undercut economic growth.

“The labour markets are still too darn hot for policymakers,” said Christopher Rupkey, chief economist at FWDBONDS in New York. “Fed officials won’t be confident their monetary tightening is working until hiring demand begins to slow.”

Job openings, a measure of labour demand, slipped 54,000 to 10.46 million on the last day of November, the Labour Department said in its monthly Job Openings and Labour Turnover Survey. Data for October were revised higher to show 10.51 million openings instead of the previously reported 10.33 million. Economists polled by Reuters had forecast 10 million job openings.

There were 1.7 jobs for every unemployed person in November.

Professional and business services reported an additional 212,000 job openings while vacancies increased 39,000 in nondurable goods manufacturing. But job openings dropped 75,000 in finance and insurance and fell 44,000 in the federal government.

The job openings rate was unchanged at 6.4 percent, which was 0.9 percentage points below its peak in March 2022. Hiring fell to 6.06 million jobs from 6.11 million but in the healthcare and social assistance sector, it increased by 74,000. The hiring rate dipped to 3.9 percent from 4 percent in October.

The Fed last year hiked its benchmark interest rate by 425 basis points from near zero to a 4.25-4.5 percent range, the highest since late 2007. Last month, it projected at least an additional 75 basis points of increases by the end of 2023.

Stocks on Wall Street traded higher. The dollar slipped against a basket of currencies. US Treasury prices rose.

In a separate report on Wednesday, the Institute for Supply Management said its measure of prices paid by manufacturers dropped to 39.4 last month from 43 in November. Outside the plunge in April 2020, this was the lowest reading since February 2016. The ninth straight monthly decrease in the index reflected fading demand for goods, which are typically bought on credit.

Supply chains are improving and Americans are also shifting spending away from goods to services as the nation moves to a post-pandemic era. The institute’s sub-index for forward-looking new orders tumbled to 45.2, the lowest reading since May 2020, down from 47.2 in November. It was the fourth straight month that this measure has been in contraction territory.

The institute’s measure of supplier deliveries fell to 45.1 from 47.2 in November. It declined below the 50 threshold in October for the first time since February 2016. A reading below 50 indicates faster deliveries to factories.

Fed officials and economists have always viewed supply chains, which were stretched early in the pandemic, as key to bringing inflation down to the central bank’s 2 percent target. The significant improvement in supply and waning demand are already translating into monthly price decreases for goods.

With demand slumping, manufacturing contracted for a second straight month in December. The institute’s purchasing managers index (PMI) dropped to 48.4 from 49 in November.

That was the weakest reading since May 2020 when the US economy was slammed by its first wave of COVID-19 cases. The index sunk just below the 48.7 level, which the institute says is consistent with a recession in the broader economy.

But with the labour market still pumping out jobs at a solid clip and sustaining consumer spending, it is unlikely that the economy is in recession.

A PMI reading below 50 indicates contraction in manufacturing, which accounts for 11.3 percent of the US economy. Economists had forecast the index slipping to 48.5.

The institute’s measure of factory employment rebounded to 51.4 from 48.4 in November. This gauge, which has swung up and down, has not been a good predictor of manufacturing payrolls in the government’s closely watched employment report.

According to a Reuters survey of economists, manufacturing employment likely increased by 10,000 jobs in December after rising 14,000 in November. Overall, non-farm payrolls are forecast to have increased by 200,000 last month. The economy added 263,000 jobs in November. The government is scheduled to release December’s employment report on Friday.