The US shale industry has warned it cannot rescue Europe with increased oil and gas supplies this winter amid fears that a plunge in Russian exports will send crude prices soaring back above $100 a barrel.

Even though oil markets have softened in recent weeks, the respite could end when an EU embargo on Russian sales comes into full effect later this year. US Treasury secretary Janet Yellen this week warned the embargo “could cause a spike in oil prices”.

However, US shale executives sitting on vast oil and natural gas reserves that could be used to alleviate a European energy crunch say they will be unable to step up supplies quickly enough to prevent winter shortages.

“It’s not like the US can pump a bunch more. Our production is what it is,” said Wil VanLoh, head of private equity group Quantum Energy Partners, one of the shale patch’s biggest investors.

“There’s no bailout coming,” VanLoh added. “Not on the oil side, not on the gas side.”

Oil and liquefied gas exports from the US have risen to take advantage of higher prices in Europe but are now near a maximum, executives said, warning crude output growth will fall short of government forecasts for around 1mn barrels a day this year.

Asked about the prospect of a big production increase from the US shale industry, Scott Sheffield, chief executive of Pioneer Natural Resources, said: “No, I don’t see it coming.”

“We’re not adding [drilling] rigs and I don’t see anyone else adding rigs,” said Sheffield, who runs one of the biggest oil producers in the US. Crude prices could rise above $120 a barrel this winter as supplies tighten, he added.

The International Energy Agency said on Wednesday that oil sales from Russia, the world’s biggest petroleum exporter, could fall by almost 20 per cent when the EU embargo takes full effect. Brent prices rose 1 per cent to $94 a barrel following the report.

Soaring shale production in the past decade made the US the world’s biggest oil producer, with pre-coronavirus pandemic output hitting 13mn b/d, or more than 10 per cent of global supply. Output growth each year during the boom years on its own met the overall increase in global demand, helping to keep a lid on crude prices.

But US output last week had recovered to just 12.1mn b/d following a big decline when oil prices fell during the pandemic. New concerns about shale’s sluggish supply growth come as traders also grow anxious about the Opec producer group’s ability to raise supply. Last week, the cartel announced a plan to begin trimming its output.

While supermajors Chevron and ExxonMobil, as well as some private companies, are ramping up drilling, the overall number of operating rigs has stalled in recent weeks and productivity per well has plunged.

Ben Dell, chief executive of private equity group Kimmeridge Energy, said the shale industry’s investors on Wall Street would not give their blessing to a big production increase, preferring a low-production, high-profit model.

Modest supply increases from the US in the coming months would “not move things at a world scale”, said Matt Gallagher, head of private driller Greenlake Energy Ventures. “It can be dangerous if we think that this cheap energy can grow — especially on the oil side — forever.” 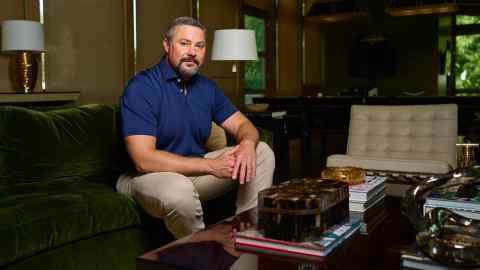 The US government has fought for months to drive down crude and petrol prices, which hit a record high earlier this year and alarmed the Biden administration ahead of midterm elections in November.

The White House has called on shale producers to increase supply, with energy secretary Jennifer Granholm describing the country as being on a “war footing”.

Yellen has said the US is working with G7 allies to carve out potential exemptions to the Russian embargo to avoid a supply shock.