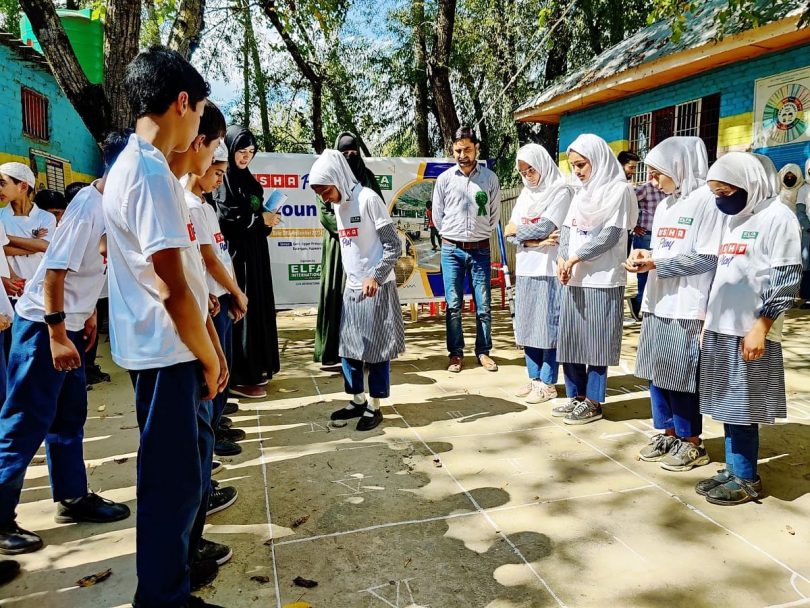 “There is a local version of hopscotch or ‘staapu’ (as many of us know it) that is called SazLoung and extremely popular in Kashmir,” a statement issued by USHA reads.

“In an effort to revive this celebrated sport, which is an integral part of the community’s culture of Kashmir, USHA, supported a Saz-Loung event in Kupwara on September 24. Organised by ELFA International, the tournament witnessed the participation of 40 contestants, divided into four teams of 10 players each. Zonal Educational officer, Rafeeqa Begam graced the event with her presence,” the statement reads.

Giving details about the Sazloung and how it is played, the statement further reads, “While hopscotch is played across the world, its Kashmiri version – SazLoung – is one of the earliest outdoor games that people of all ages and genders enjoyed in the state.

The game involves making a huge rectangular box on the ground with smaller boxes inside, namely, Awwal (first), Doum (second), Soum (gentle), Jaanat (heaven), Samandar(sea) and Jehnum (hell). Another small box is drawn on the upper side of the rectangle, called ‘Queen’.