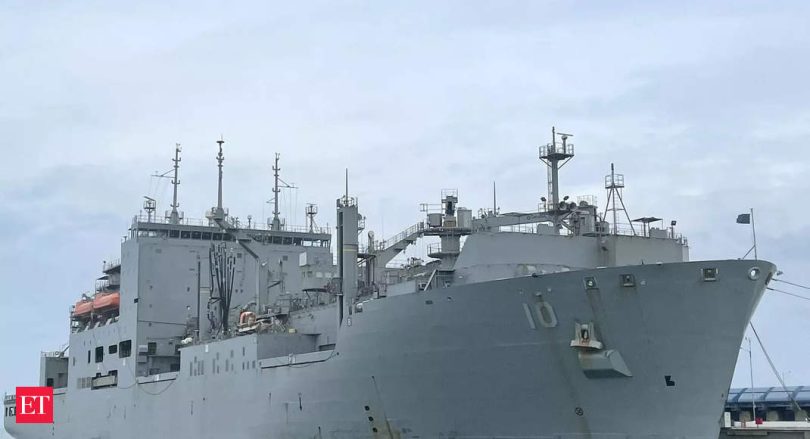 A US navy warship has docked at an Indian port for the first time for mid voyage repairs after the two nations reached an understanding at the 2+2 dialogue between respective defence and external affairs ministers in April.

The move comes after India and the US vowed to step up defence cooperation in multiple areas, acknowledged shared interests in the Indo-Pacific and discussed the growing Chinese military footprint in the region.

US Navy Ship (USNS) Charles Drew arrived at L&T’s Shipyard at Kattupalli, Chennai for undertaking repairs and allied services that are expected to take 11 days. Such events are expected to become common in coming days, with India keen to showcase its shipbuilding capabilities.

Defence secretary Ajay Kumar termed the event a ‘red-letter day’ for both the Indian industry and the bilateral defence relationship. “India’s initiative also assumes special significance in furthering the strategic partnership between India and the US. It marks the beginning of a new chapter for deeper engagements,” he said, adding that there has been a lot of focus on defence industry cooperation with the US and the two nations have been expanding the scale and scope of their relationship.

The L&T shipyard is a state of the art facility and has a unique ship lift capability that enables it to work on several platforms at the same time. It has already constructed vessels for the Navy and Coast Guard and has also secured export orders.

L&T Executive Council Member JD Patil said that the Marine Sealift Command of the US Navy had undertaken rigorous evaluation of select shipyards in India and cleared the Kattupalli yard, which is a recognition of its modern infrastructure built to global standards.

India has six major shipyards – mostly public sector units – with turnover of close to $2 billion. A variety of military vessels are constructed at the yards, from nuclear submarines to destroyers and even an aircraft carrier.