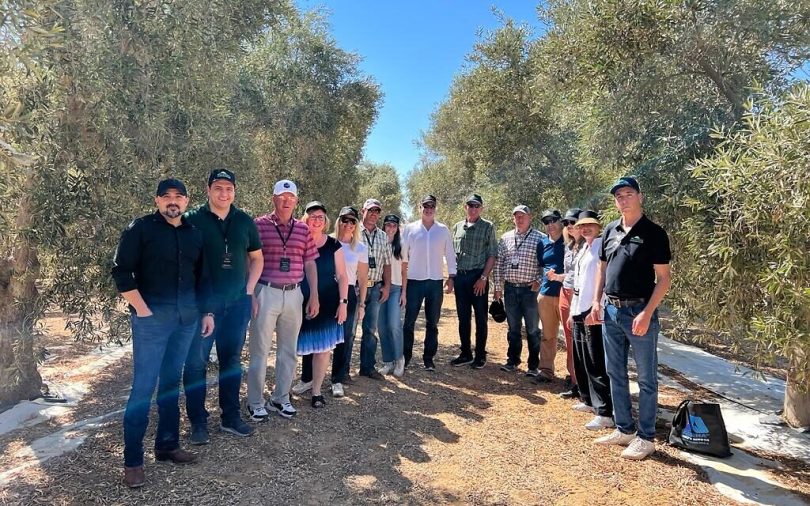 An unofficial Abraham Accords delegation consisting of Utah governmental and economic officials made its first stop in Israel in the last few days, on a trip that will also see them visit the United Arab Emirates, in a furthering of ties following the landmark 2020 deal.

The Beehive State and Israel are looking to build upon a sizable trade relationship. Trade between Utah and Israel exceeded $55 million in 2021, and over $1 billion since 1996, according to the Utah Governor’s Office of Economic Opportunity.

But beyond the purely economic benefits of the trade relationship, the trip comes with an additional geopolitical component attached. Saudi Arabia welcomed the delegation’s trip to the UAE, according to Utah Speaker of the House Brad Wilson.

The Sunni-majority country is an influential power among many neighboring Arab countries, and securing its blessing is often seen as a necessary step in furthering their relationships with Israel and the West.

Speaker Wilson told The Times of Israel he was “optimistic” that the Saudis will eventually join as a signatory to the Abraham Accords. “I will say we’re optimistic and we’re hopeful that Saudi Arabia will be part of this. It is a very important element of peace, but also of trade,” he said.

“I’m a big believer in the Abraham Accords, and the work that’s being done there, and how important that is for peace in this region and peace and stability, not just here, but across the world,” he said.

The delegation is expected to arrive in the United Arab Emirates on Tuesday.

Utah and Israel share many traits when it comes to business — including their relationship to the military, agriculture, and climate — and culture, according to Hillel Newman, the consul general of Israel in Los Angeles, whose jurisdiction includes Utah.

“We call ourselves the ‘Start-Up Nation.’ They regard themselves as a ‘Start-Up State’ in many ways,” Newman said.

In this mold, Utah has developed its own “Silicon Slopes,” a start-up and tech hub about a half-hour drive from the capital, Salt Lake City.

Israel’s reputation for scrappy entrepreneurship has resonated across the pond.

“Israel is known for punching above its weight, to use a boxing metaphor, given the size of the country, geographically, population-wise,” said Dan Hemmet, executive director of Utah’s office of economic opportunity.

“It’s one of the reasons that it’s done such a great job of embracing the innovation economy, and making sure innovation is part of the culture.”

“I believe that the bridge connecting Utah and Israel, as far as innovation and investment, will be very, very interesting,” said Or Haviv, a partner and head of global innovation at Arieli Capital.

Teva Pharmaceuticals, which was recently embroiled in the opioid crisis that has ravaged the US, said that it would be manufacturing Narcan — the brand name for Naloxone, a medication used to counter opioid overdoses — in Utah as part of its settlement. 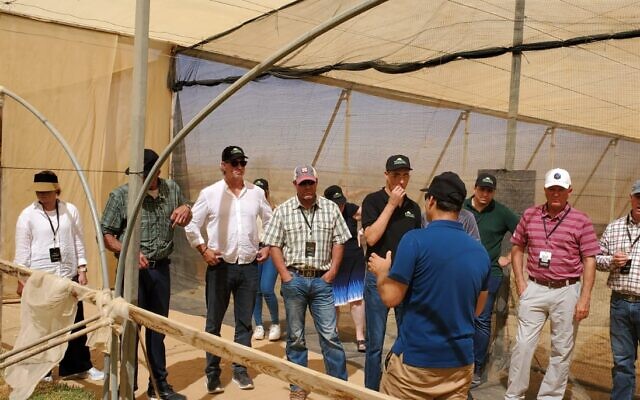 Utah has historically been heavily tied to the military sector, with companies like Boeing and Lockheed Martin boasting a strong presence in the state. The Minuteman — a powerful intercontinental ballistic missile that serves as the land component of the US military defensive deterrent known as the “nuclear triad” — was developed in Utah at the height of the Cold War.

Another area of mutual concern to both Utahns and Israelis is climate. Both locales boast large swaths of arid desert, with Utah in particular facing severe droughts and its Great Salt Lake drying up in a manner not too dissimilar from the Dead Sea. One of the first stops of the delegation was to Frontier, an incubator that specializes in desert agritech.

Ties between Utah and Israel also share a biblical element. Utah — settled largely by the Mormon religious leader Brigham Young beginning in the late 1840s — named many of its towns and landmarks after characters and places from the Old Testament, such as Zion National Park, and the cities of Moab and Ephraim.

“Utah is a place that was settled by religious refugees. My own great-great grandparents were some of those early pioneers that came to escape persecution,” Gov. Cox said.

He tied his religious and familial background into his explanation as to why he supported anti-BDS legislation last year.

In Utah, “we find a way to help those who find themselves vulnerable and to oppose bigotry in whatever form we find it, especially bigotry that is religious in nature,” he said. “We feel a solidarity there.”