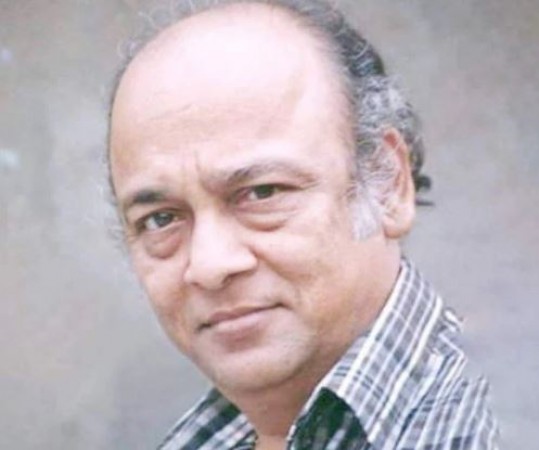 One of the most loved actors of the Marathi-Hindi entertainment Industry Sunil Shende (Sunil Shende) passes away. He has been featured in various big bollywood films like ‘Sarfarosh’, ‘Gandhi’, ‘Vastav’ Asha. Sunil breathed his last breathe at his home in Vile Parle East in Mumbai around 1 pm. His last rites will be performed on Monday afternoon at the crematorium in Parshiwada.

As per the information, the funeral procession of actor Sunil Shende will come out at 1 pm today. It has been told that his last rites will be performed at the Hindu crematorium in Parshiwada.  Actor Sunil Shende was survived by his wife Jyoti, two sons Rishikesh and Omkar, daughter-in-law and grandchildren.

The veteran actor has appeared in various big bollywood films. He has played the role of politician and police in the films. Veteran artist Sunil Shende is known for films like Sarfarosh, Gandhi, Vasava. He acted in many hit films including Kathung (1989), Madhuchandrachi Raat (1989), Jas Baap Tashe Por (1991), Ishwar (1989), Narasimha (1991).The death of Marathi and Hindi film industry Sunil Shende has come as a big shock to the fans of his brilliant acting. They express their condolences through social media.

A person close to him sharing this information wrote, “Noted Hindi & Marathi character actor Sunil Shinde passed away yday. RIP He started with a miniscule role in Gandhi-82 & went on to do some small, some significant roles in Hindi Cinema of 80s & 90s. He played ‘s Babuji, d Circus owner in Circus (TV-DD).

Video, A girl fainted after watching Varun Dhawan, The actor revive her

Sonam Kapoor’s tips for Breastfeeding easily and no stretch mark