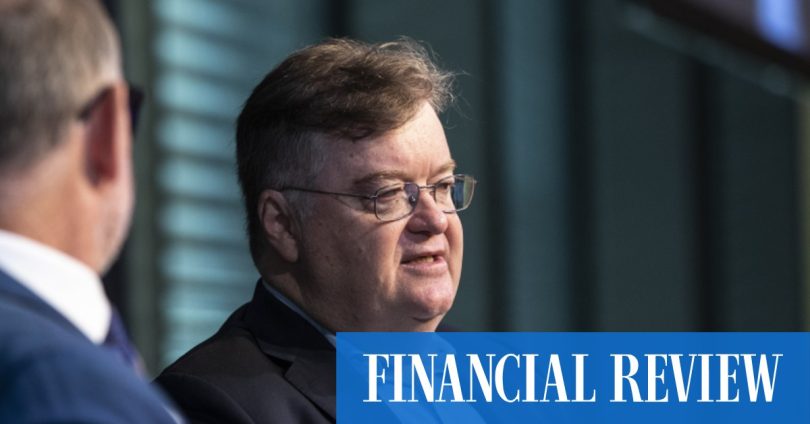 More broadly, Mr Kelley said while inflation was high it was still relatively benign in historical terms, and that most retailers were taking a 5-10 year view on growing their businesses.

“Retailers are seeing sales increasing, and while that continues, for landlords the value proposition around a shopping centre is a strong story,” he said.

He added that while leasing spreads – the key performance metric for mall owners, being the difference between what tenants pay on new or renewed leases versus prior leases– was still negative, the net effect was accretive to earnings as higher fixed annual increases kicked in after the first year. On lease renewals, there were no incentives on offer and all operating costs were passed through to tenants.

Asked if tenants balked at these increases, Mr Kelley said no and pointed to Vicinity’s 99 per cent occupancy rate and 75 per cent tenant retention rate.

On the surprisingly positive impact from the online shopping boom, Mr Kelley said exorbitant last-mile delivery costs were making it more viable for goods to be delivered from malls to customers than via a truck from a warehouse in Dandenong or Western Sydney.

“You know, within Australia, last-mile delivery costs are among the highest in the world. It leads to a click-and-collect model,” he said.

“So online has actually benefited retail landlords because it’s often meant that retailers are taking up more space because they actually need additional inventory to handle the customers who are coming in to collect the goods from their store, or they’re being dispatching from their store.”

In addition, he said Vicinity was trialling putting “micro-processing hubs” within their malls (making use of excess space such as in loading docks) where parcels can be collated for dispatch to customers. The first one of these trial hubs is in its Glen Waverley mall in Melbourne.

Whilst CBD malls remain the laggards to the recovery, Mr Kelley said there had been a steady improvement, with performance – sales and foot traffic – running at around 65 per cent of pre-COVID levels in the June quarter compared to a 40 per cent average for the whole year.

“CBDs though are the challenge, and they’re a challenge on a Monday to Friday basis. Interestingly enough, on weekends, they’re actually pretty much at the same level of throughput as they were pre-COVID,”

He said workers returning to CBD offices and the resumption tourism were key to the recovery.