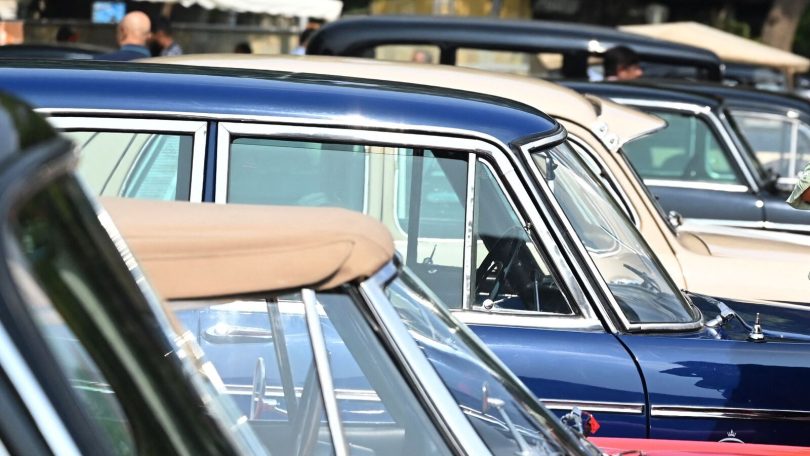 Nearly 200 vintage cars will be displayed at the much awaited heritage motoring show, 21 Gun Salute Concours d’Elegance 2023, to be held next month in Gujarat’s Vadodara city, its organisers have said. The show, one of the most anticipated automobile event in Asia, will be held from January 6 to 8, 2023 at the Laxmi Vilas Palace of Vadodara, Madan Mohan, chairman and managing trustee of the 21 Gun Salute Heritage and Cultural Trust, told reporters here on Wednesday.

The spotlight of the event will be on the 1948 Bentley Mark VI Drophead Coupe, a single-design car specially made for Maharani Shanta Devi of Baroda and will be grandly exhibited at the show after it exited India in 1966, said a release issued by the organisers. “The vintage beauty has roamed around the world and sat in garages adorned by famous collectors from America and Spain, but 21 Gun Salute successfully bought the Indian automobile honour and history back home in 2015,” it said. “Bringing back the spark and charm of the beauty was painstaking as its restoration required its parts, upholstery and even the shade of its original paint to be imported from London. Now, the Maharani car will bask in the glory it deserved for all these lost years,” the release said.

The event will showcase more than 200 international and national vintage engines, 25 international cars and 120 veteran bikes, it said. “The yet another grand celebration of Indian heritage together with 200 plus featured marques from around the globe in the 10th edition of the 21 Gun Salute Concours d’Elegance will go down in history as an exclusive heritage motoring fiesta,” Mohan said.

The show has demonstrated rapid growth and has the potential to propel the image of host destination India to new heights as a heritage motoring fraternity, he said. On January 5, 75 vintage cars will travel from the palace in Vadodara to the Statue of Unity at Kevadia in neighbouring Narmada district. Vintage car collector Yograjsinh Chavda said due to a high number of princely states in Gujarat, especially Saurashtra, the princes there used to import rare cars directly. “However, after 1962, those cars were exported back to European countries as vintage car collectors in those countries used to purchase them from royals here. Now, we have become aware of the vintage cars,” he said.