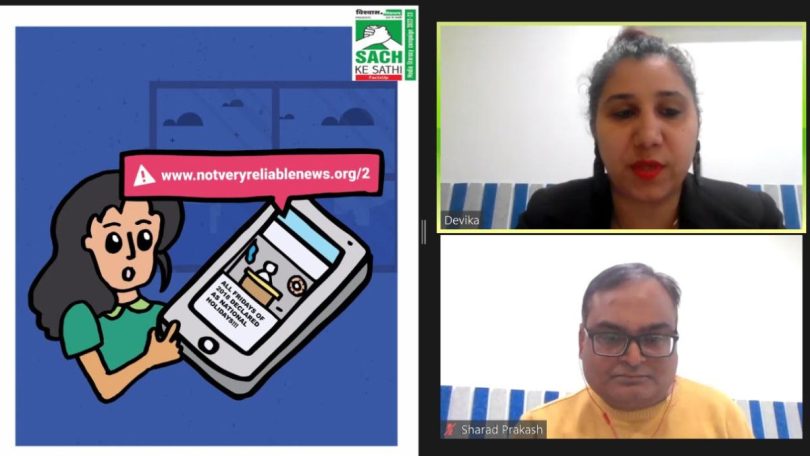 Fact checkers Devika Mehta and Sharad Asthana of Vishvas News explained the basic methods of fact checking to the students. Mehta also advised not to use open WiFi in public places, along with making strong passwords during the training program. At the same time, Sharad Asthana informed the students about the tools of fact-checking as well as the proper use of WhatsApp.

Vishvas News has organised an online workshop for the second time in Prayagraj under the Media Literacy Campaign. Earlier, a webinar was organised in Prayagraj on November 10, 2022, in which students of Allahabad University participated.

Prior to Prayagraj, Vishvas News organised similar training events on fact-checking in other cities of Uttar Pradesh as well as in many cities of Gujarat, Himachal Pradesh, Bihar, Rajasthan, Uttarakhand, Punjab, and Jharkhand. Vishvas News is training students, youth, women, and senior citizens in 17 cities in 10 states of the country by connecting them with this campaign. Under this literacy campaign, a series of webinars and seminars are being organised to spread awareness among people about the dangers of fake news.

Vishvas News, the fact-checking team at Jagran New Media, has been working on this campaign for the last four years to raise awareness on issues of public interest such as health, education, and voting.

To join this campaign, you can register by visiting Vishvas News website according to your city, state or convenient date.