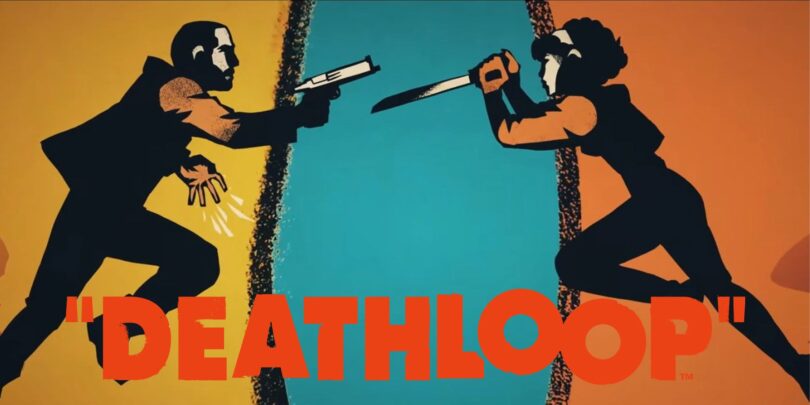 Now that Deathloop is finally out people can finally see what it’s all about, but some might have been turned off from the constant marketing.

Now that it’s been out for more than a week, plenty of people have had the chance to try Deathloop, Arkane Studios’ latest entry in the immersive sim genre. Despite some issues with the PC version of the game, it’s been reviewed quite well boasting a high Metacritic score as well as plenty of recommendations from fans. It seems almost like a no-brainer that an Arkane game would be received so warmly given the studios’ past work on titles like Dishonored and Prey, however, the game struggled with an issue before it was even released: over marketing.

At a certain point before Deathloop‘s release, the game became the butt-end of a joke as a result of how long its marketing cycle had been. It seemed like it was featured at nearly every PlayStation event following the reveal of the PS5 last Summer. Overexposure led to some of the mystery and newness of the game wiping off to the point where PlayStation fans became frustrated with each of the game’s subsequent appearances. Obviously, this was as a result of the game being marketed too much, however, its overmarketing seemed to come in part due to Deathloop‘s multiple delays.

The Problem of Marketing Around Delays

Deathloop was first revealed during E3 2019 and was one of the show’s major highlights. Everyone knew that the next generation of consoles was just around the corner and it seemed like Deathloop was one of the first looks into what was to come in the future of gaming. It had a late 2020 release date which lined up perfectly with the release of the PS5 and the two were then marketed heavily together. Unfortunately, the game was then delayed into May of 2021 which meant that there was now an additional six months of marketing to do for the title, giving it more time in the spotlight.

As May 2021 drew closer, Arkane revealed that Deathloop would be delayed again to September 14, the actual finalized release date. With all of these delays, Deathloop ended up receiving almost an additional year of marketing, meaning that its marketing cycle wasn’t paced very well. Marketing is a chance to let excitement build until it comes to a boil when a game finally releases, but because delays were so frequent and happening so close to each proposed release date, the marketing wasn’t able to properly handle the excitement and ended up overstaying Deathloop‘s welcome.

The Result of Deathloop’s Overexposure

Because Deathloop had spent so much time being showcased during PlayStation events, its mystery had essentially entirely worn off and became less exciting to see more of as a result. Instead of being presented as a groundbreaking new title that was going to make the most out of the new PS5 hardware, it became a PS5 presentation guarantee that wasn’t able to show off anything truly new as it had already played its hand. It had gotten to the point where, when it was featured in the most recent Sony showcases, fans were disappointed to see it as they were already sold on the concept and wanted to have it in their hands.

Most people knew that Deathloop was going to be a great time, especially given Arkane Studios’ previous work, but they just got so tired of seeing it without being able to play it that it became annoying more than anything else. It all seems to have ended well as the game was received so favorably and won’t be showing up in any other Sony presentations anytime soon now that it’s been released. That said, it’s lucky that Deathloop turned out to be as good as it is, otherwise it could have faced plenty of backlash for being overhyped and underperforming.

Deathloop is available on PC and PS5.

MORE: Deathloop: Why Juliana Wants to Kill Colt So Badly

Kirby and the Forgotten Land Announced With Gameplay Trailer

Kirby and the Forgotten Land is announced during the Nintendo Direct, and it looks pretty ambitious.

If you’re looking for him, Peter can usually be found dropping hot in Apex Legends with his friends. A fan of games of all types including JRPGs, third-person shooters and survival horror, Peter is a journalism graduate of North Central College and can be reached at peter.szpytek@gmail.com. Twitter: @PeterSpittech