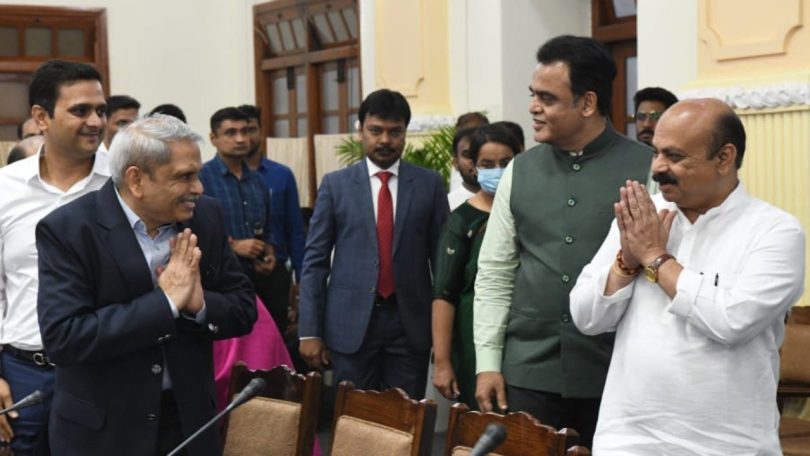 Bommai was speaking at a Corporate Social Responsibility (CSR) Conclave organised by the Department of Higher Education at Vidhana Soudha.

“We’d like your contribution not only in terms of money, but in terms of time for the colleges that you adopt,” Bommai said. “Don’t just adopt them. Own them. Then, you’ll see the difference,” he said.

Bommai also invited corporates to “be part of a change” that he said his government is trying to bring about. “It’s not just infrastructure, but we should bring a change in culture. That will happen once we have all kinds of facilities for the poor and for people in villages,” he said.

Stating that his government’s vision is to make Karnataka a leader in education in India and beyond. Bommai cited the example of modernising the Industrial Training Institutes (ITI). “You won’t believe me. We’ve spent Rs 4,800 crore to upgrade ITIs with the help of Tata. We’ve spent Rs 30-40 crore in each ITI. They’ve become ultra-modern with facilities that even engineering colleges don’t have,” he said.

Bommai also said that the government is converting seven engineering colleges on the lines of the Indian Institute of Technology (IIT). “The first one has started…UVCE has become an autonomous institution,” he said, adding that UVCE will become India’s top institute in the next couple of years.